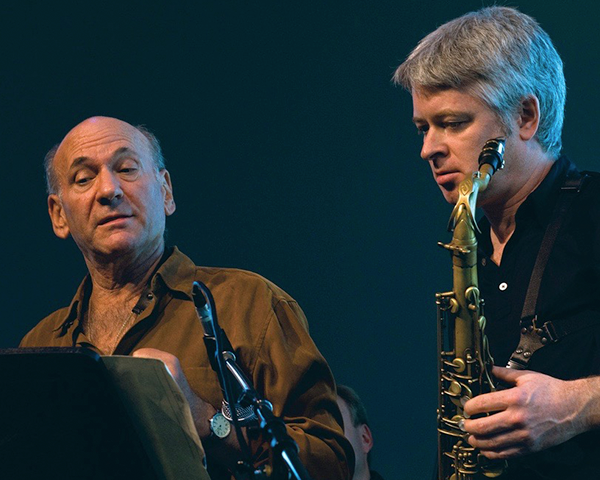 Liebman/Murley Quartet , Live at U of T

All of the veteran musicians in the Liebman/Murley Quarter are world-class jazz artists. Liebman is a living legend, having worked with the bands of Miles Davis and Elvin Jones in the 1970s. Since then, he has led some of the most innovative groups in jazz including Quest, his acclaimed group with pianist Richie Beirach.

Murley is one of Canada’s leading saxophonists, having won seven JUNO Awards as a leader or co-leader and an additional seven as a sideman. He studied with Liebman in the 1980s and credits his mentor as one of his main musical influences. The two saxophonists have performed and recorded together since the late 1990s.

Terry Clarke is arguably Canada's greatest living jazz drummer and is a member of the Order of Canada. Jim Vivian is one of the most in-demand bassists in the country and has performed and recorded with The Boss Brass, Kenny Wheeler, John Abercrombie and countless others.

Live at U of T
YEAR