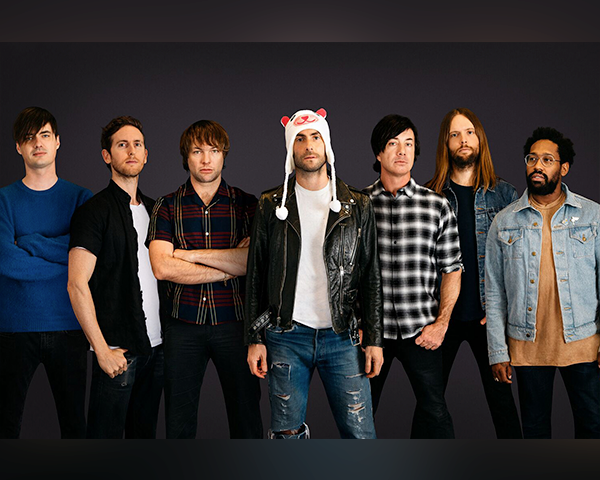 A mix of polished pop/rock and neo-soul made Maroon 5 one of the most popular bands of the new millennium, with hit songs like "This Love" from 2002 to "Girls Like You" in 2018 and more all topping the charts worldwide. Previously, bandmates Adam Levine (vocals/guitar), Jesse Carmichael (keyboards), Mickey Madden (bass) and Ryan Dusick (drums) had spent the latter half of the '90s playing as the band Kara's Flowers, even releasing a debut album for Reprise Records while still attending high school. The record tanked, however, and Kara's Flowers found themselves dropped from Reprise's roster. After briefly attending college, the bandmates regrouped as Maroon 5, adding former Square guitarist James Valentine to the lineup and embracing a more R&B-influenced sound. After over two decades, the quintet had officially risen to the forefront of pop music with all six of their studio albums going multi-Platinum.