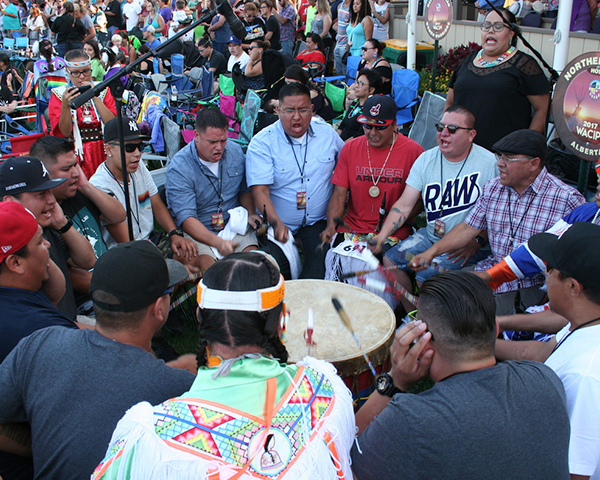 Indigenous Music Album of the Year  2019

Eight-time Grammy nominee Northern Cree is the world’s premier Pow-Wow and Round Dance singing group. Its dedication to Cree culture, its Cree language and the Pow-Wow way of life have touched countless people and inspired generations of young Native Americans to further explore their rich culture.

In 2017, Northern Cree recently performed live on the pre-telecast of the 59th Grammy Awards with a groundbreaking performance of a Cree Round Dance song that was webcasted live around the globe. This marked the first time traditional Native American/Indigenous music has ever performed on the Grammy stage.

Northern Cree’s drum keeper, Steve Wood, has this to say about the title, “When thinking of a title for this album, I thought of the relationships we had built within the circle of Northern Cree and the heartfelt way that the Cree people recognize their siblings in our language….Northern Cree is much more than just singers and drummers. We are family. We are nitisanak!”