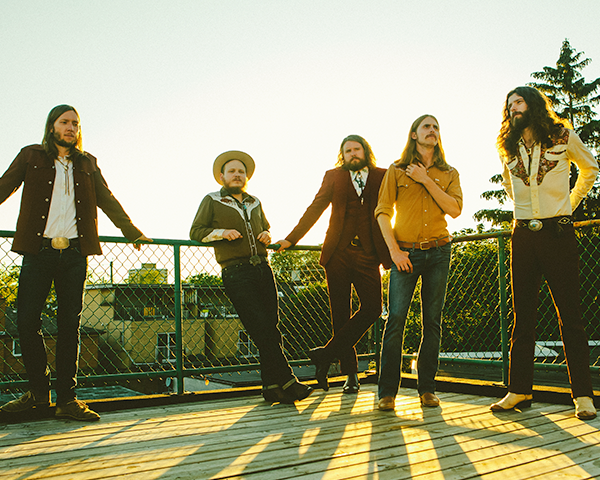 The Sheepdogs are a Canadian classic rock band that formed in Saskatoon, Saskatchewan in 2006. The group consists of lead singer and guitarist Ewan Currie, bass guitarist Ryan Gullen, drummer Sam Corbett, guitarist Jimmy Bowskill, and Shamus Currie, brother of lead singer Ewan Currie, playing trombone, keyboards, and tambourine. The Sheepdogs became the first unsigned band to make the cover of Rolling Stone in 2011 and have since grown to popularity in Canada and the United States.

Frontman Ewan Currie describes the band's retro, guitar-driven blues-rock style as "pure, simple, good-time music." Their distinctive sound has been called "Guitar-mony" because of their use of harmonies in guitar solos and vocals. The Sheepdogs consider their style to be somewhere between the riff-heavy bombast of Led Zeppelin and the melodies and harmonies of Crosby, Stills, Nash & Young. Currie often credits groups Sly and the Family Stone, Humble Pie, Creedence Clearwater Revival, and The Allman Brothers Band as influences on his style.