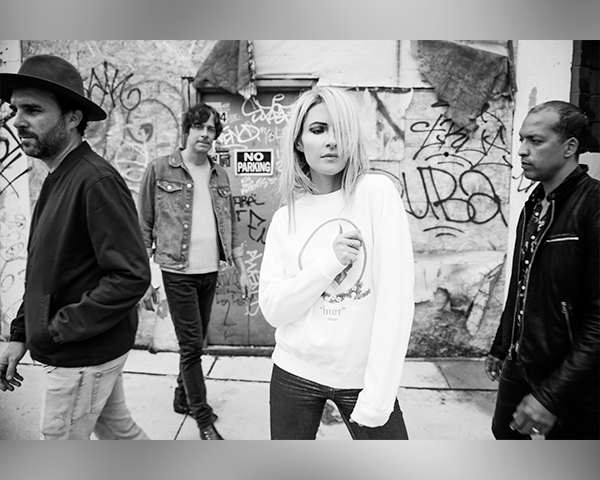 Founding members of Broken Social Scene, Jimmy Shaw and Emily Haines, formed Metric in 2000. Starting in 2003, a series of releases elevated Metric to Platinum status and Canadian stardom, but it was their fourth album, Fantasies, which marked their international breakthrough. Without any foreign label, Fantasies debuted on iTunes Alternative Album Top 10, globally. The single "Help I'm Alive" made Metric the first self-released artist to ever have a Top 20 hit at US Alternative radio. Since then, the group has become alt-rock icons with millions of singles and album sales and half a billion streams. They have the record for most #1 hits as well as the longest continuous run at the top spot in the history of Canadian alt-rock. Metric's seventh full-length studio album Art of Doubt was released on September 21. With the first single "Dark Saturday" already reigning at #1 on Canadian Alternative Radio, the album debuted in Canada at #1 on the Top Digital and Alternative Albums charts and # 2 on the Top Current Albums chart. In the USA, they debuted at #2 on the Alternative Albums Chart. The band appears headed towards one of the most successful album cycles of their career.