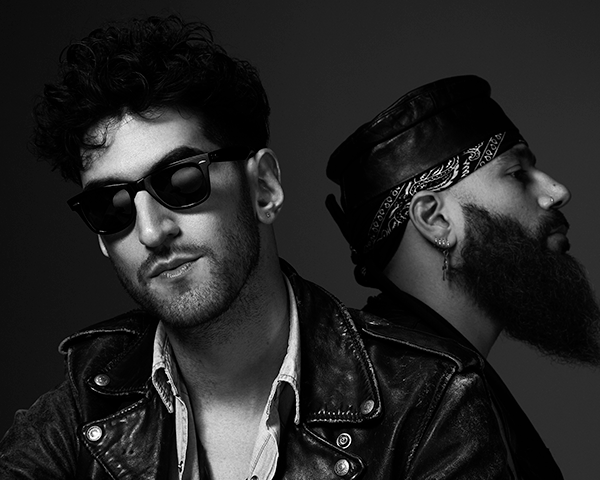 Chromeo is the iconic duo of Montreal natives and high school best friends Dave 1 (David Macklovitch) and P-Thugg (Patrick Gemayel). The group rose to prominence with their seminal 2007 release "Fancy Footwork," heralding the dawn of the ‘80s electro-funk revival. Their 2014 JUNO nominated album White Women featured the smash hit “Jealous (I Ain’t With It),” which went Platinum in Canada and peaked at #2 overall on the CHR charts.

Recorded over the past two years at Chromeo’s Los Angeles studio, Head Over Heels is the group’s most collaborative to date. Bridging generations and sub-genres like only the Funklordz could, it features guest vocals from French Montana, The-Dream, DRAM, Stefflon Don, and Amber Mark, among others, plus musical contributions from neo-soul legend Raphael Saadiq, 2000s R&B mastermind Rodney Jerkins, D’Angelo collaborator Pino Palladino, Nuyorican jazz ensemble Onyx Collective and more. Far-reaching and expansive, Head Over Heels is Dave 1 and P-Thugg’s heartfelt love letter to the funk, soul and R&B that has influenced them since their teenage years.