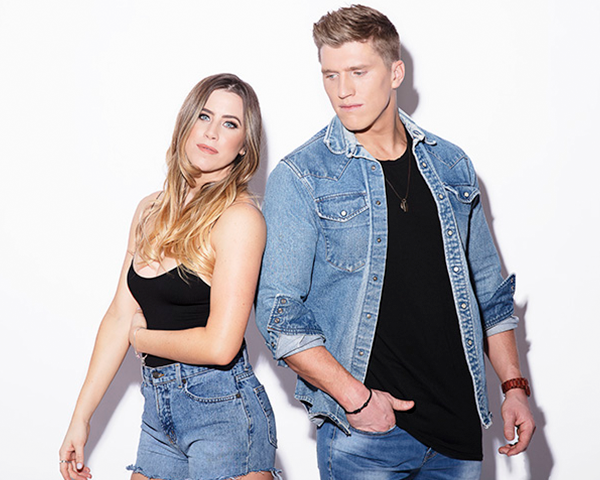 Raised in rural Ontario, The Reklaws are comprised of the brother-sister duo Jenna and Stuart Walker. The Reklaws (Walker backwards) began to turn heads in 2012 when they were awarded the CCMA Discovery Artist title followed by the 2013 Boots & Hearts Emerging Artist Showcase title. Since then, they have shared the stage with some of country’s best, including Luke Bryan, Blake Shelton, Dierks Bentley, Brothers Osborne, Thomas Rhett and more. The pair have spent long hours in Nashville crafting their songs and their efforts have paid off as they came back with an infectious sound, with an authentic mix of pop and country and a ‘soundtrack-to-your-summer’ vibe. The Reklaws took the summer of 2017 by storm with their major label debut with Universal Music Canada and release of their debut single “Hometown Kids,” which quickly charted at #15. As a follow up, their chart-rattling lead single and title track from their EP, “Long Live The Night,” has been the most streamed song in all of Canadian country music released this year, hit top five on Canadian Country Radio charts, hit gold certification and was named as the official theme song for CFL’s Thursday Night Football on TSN. The duo recently took the award for SiriusXM Rising Star at the 2018 CCMA awards and performed “Long Live The Night” live in the national broadcast. Stay tuned for much more to come as the Reklaws continue to solidify themselves as the next superstars in country music in Canada.