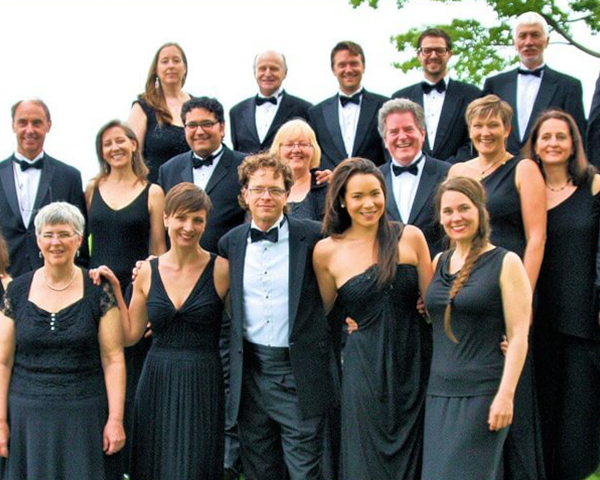 The Elmer Iseler Singers (EIS), conducted by artistic director Lydia Adams, enters their 40th Anniversary Season in 2018-19. This 20-voice fully-professional choral ensemble, founded by the late Dr. Elmer Iseler in 1979, has built an enviable reputation throughout Canada, the United States and internationally through concerts, broadcasts and recordings — performing a repertoire that spans 500 years with a focus on Canadian composers.

Patricia O’Callaghan’s fifteen-year career has taken her across genres and continents. As a speaker of French, Spanish, and German, her concert repertoire is diverse and eclectic.

She has sung with the Orpheus Chamber Orchestra, Don Byron Quartet, and is a frequent collaborator with the Gryphon Trio. She has performed in venues ranging from London’s Royal Opera House to New York’s Le Poisson Rouge.

As a songwriter she has worked with Dennis Lee, David Braid, John Millard, Steven Page, Njo, Kong Kie, and as an interpreter she has premiered works by Omar Daniel, Christos Hatzis, and R. Murray Schaffer, among others.

She has six solo CDs and many collaborations. Recent projects include Matador: The Songs of Leonard Cohen and Deepest December, a Christmas Album.