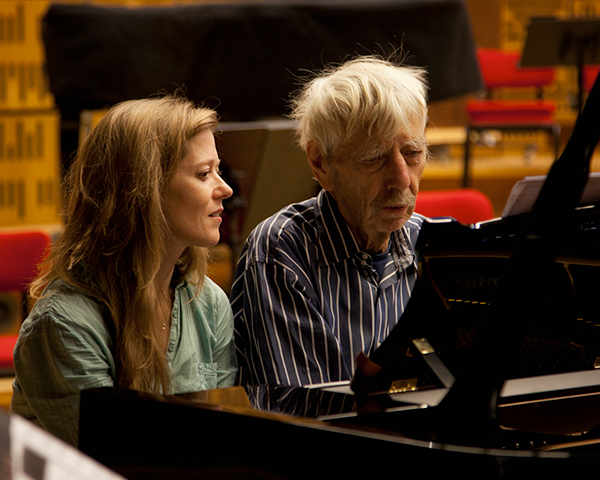 Embodying music with an unparalleled dramatic sensibility, soprano and conductor Barbara Hannigan is an artist at the forefront of creation. Her artistic colleagues include directors and conductors such as Christoph Marthaler, Simon Rattle, Sasha Waltz, Kent Nagano, Vladimir Jurowski, John Zorn, Andreas Kriegenburg, Andris Nelsons, Reinbert de Leeuw, David Zinman, Antonio Pappano, Katie Mitchell, Kirill Petrenko and Krszysztof Warlikowski. As a singer and conductor, sometimes simultaneously, the Canadian musician has shown a profound commitment to the music of our time and has given the world premier performances of over 85 new creations. Hannigan has collaborated extensively with composers including Boulez, Dutilleux, Ligeti, Stockhausen, Sciarrino, Barry, Dusapin, Dean, Benjamin and Abrahamsen. Hannigan opened the 2018-19 season by singing the title role in the world premiere of Jarrell’s Bérénice at Paris Opera, conducted by Philippe Jordan and directed by Claus Guth. Hannigan continues her season with singing one of her heart’s most beloved pieces, "let me tell you" – the work she premiered with the Berlin Philharmonic in 2013 and which she has now performed with 11 orchestras worldwide – by Hans Abrahamsen, this coming season with four more European orchestras.