2019 CLASSICAL ALBUM OF THE YEAR: SOLO OR CHAMBER | Angela Hewitt | | The JUNO Awards 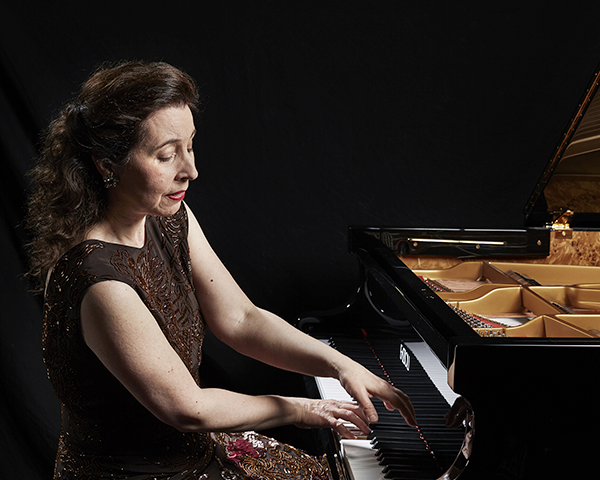 One of the world’s leading pianists, Angela Hewitt appears in recital and with orchestras throughout Europe, the Americas and Asia. Her interpretations of Bach have established her as one of the composer’s foremost interpreters of our time. In 2015, Hewitt was inducted into Gramophone Magazine’s “Hall of Fame.”

Currently, she is in the middle of a four-year Bach Odyssey, performing the complete solo works of Bach around the world. That has not stopped her from doing myriad other things, including recording the eighth volume of her cycle of Beethoven Sonatas for Hyperion, due for completion in 2020.

Her discography is vast, and new releases regularly hit the charts in the UK and USA, as did her second volume of Scarlatti Sonatas, and her recording of Bach’s Art of Fugue. As an Ambassador for “Orkidstra” in Ottawa, she brings attention to how music can bring children together through the joy of making music and learning an instrument, as well as how it teaches valuable life skills. Angela is a Companion of the Order of Canada, and in 2017 received the Governor General’s Performing Arts Award for Lifetime Achievement. In 2006, she was awarded an OBE in the Queen’s Birthday Honours.