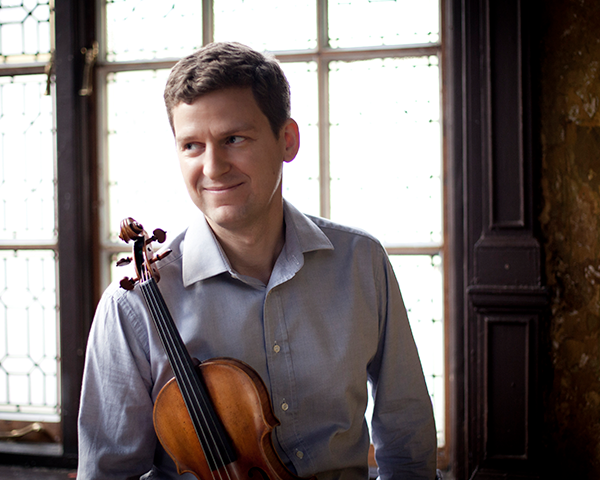 Known for his virtuosity and probing musicianship, the violinist and violist James Ehnes is widely considered one of the most dynamic and exciting performers in classical music. He has performed in more than thirty-five countries on five continents, appearing regularly with the world’s foremost orchestras and conductors. His many recordings, featuring repertoire ranging from Bach’s Sonatas and Partitas to Prokofiev’s Concertos and Sonatas, have received numerous international awards, including a Grammy, a Gramophone Award and 11 JUNO Awards. Born in Canada in 1976, James Ehnes began violin studies at the age of four, and at nine became a protégé of the noted violinist Francis Chaplin. He studied with Sally Thomas at the Meadowmount School of Music and, from 1993 to 1997, at The Juilliard School, winning the Peter Mennin Prize for Outstanding Achievement and Leadership in Music upon his graduation. He is a Member of the Order of Canada, holds a Doctor of Music degree (honoris causa) from Brandon University and was the youngest person ever elected to the Royal Society of Canada. James Ehnes plays the ‘Marsick’ Stradivarius of 1715.