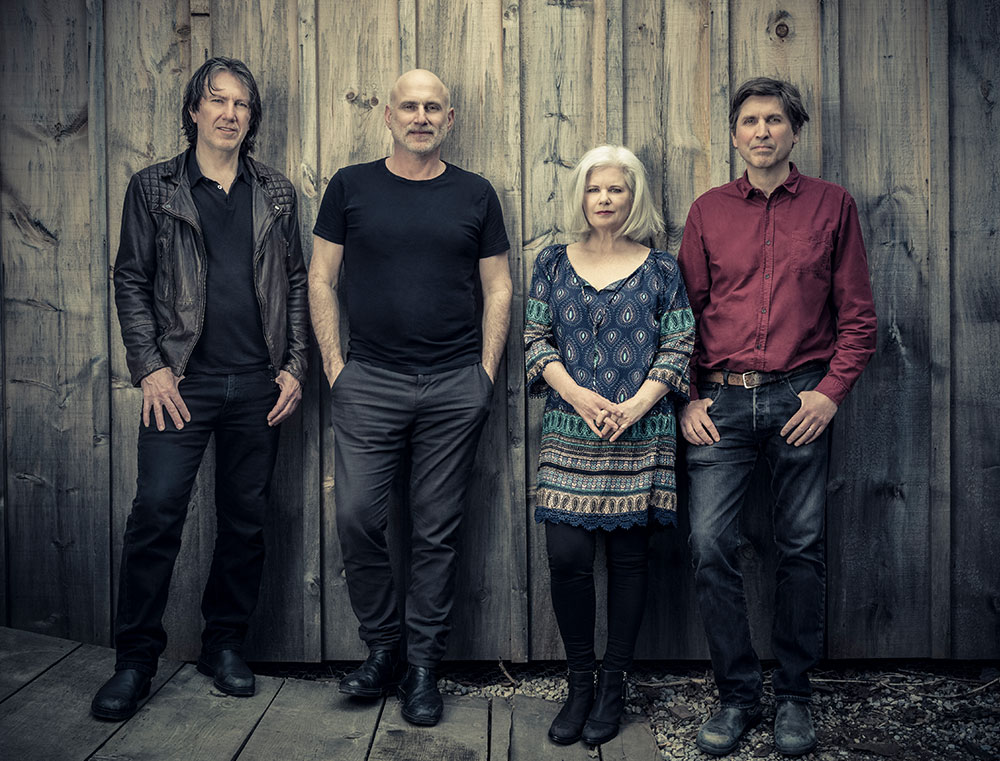 They shook up the rock world in the late 1980s with an album that was paradoxically laid back. With slow tempos and hushed tones—not to mention deeply melancholic lyrics—Cowboy Junkies’ acclaimed sophomore recording launched an extraordinary international career that continues strongly to this day. After 16 studio, five live recordings, many compilations, and album sales in excess of four million copies, the revered and once famously “slow, sad” band shows no signs of letting up.

Cowboy Junkies were formed in 1985 in Toronto by brothers Michael and Peter Timmins, their sister Margo and family friend Alan Anton. They came by their quiet sound honestly, rehearsing in a downtown Toronto garage and having to keep their volume down to avoid noise complaints from neighbours. Cowboy Junkies launched themselves at Toronto’s Beverley Tavern and recorded their debut album, the blues-inspired Whites Off Earth Now!!, in that garage using a single microphone.

But it was the group’s second album, recorded with the same ambisonic microphone, this time in Toronto’s Church of the Holy Trinity, that turned Cowboy Junkies into indie-rock sensations. With Margo’s whispery vocals and a country-flavoured sound, 1988’s The Trinity Session featured covers of Hank Williams and Patsy Cline songs and spawned two hits: Michael and Margo’s “Misguided Angel” and what was a narcotically slow rendition of Lou Reed’s “Sweet Jane.” The album was met with rave reviews (the Los Angeles Times voted it best album of the year) and received extensive radio and video airplay.

Following tours of the U.S., Europe, Australia and Japan, Cowboy Junkies recorded the larger budget follow-up, The Caution Horses, in 1989, featuring Michael’s hit songs “Sun Comes Up, It’s Tuesday Morning” and “’Cause Cheap is How I Feel.” With the increased volume, tempo and instrumentation of subsequent albums like Black Eyed Man and Pale Sun, Crescent Moon, the band avoided being typecast as that whispering band that found success from recording in an echoey church.

A major label change in 1996 led to the release of Lay it Down. That album, featuring the hit single “A Common Disaster” and selling over 600,000 copies, was followed by Miles from Our Home, an alt-country classic recorded at EMI’s legendary Abbey Road studio. But with poor marketing support the Junkies parted ways with Geffen and in 2001 resurrected their own indie label, Latent Recordings, for all future releases.

Since then, the Timmins siblings and Anton have blazed an impressive independent trail, releasing nine studio albums, several live recordings, a documentary, box sets and, in celebration of the 20th anniversary of the original recording of The Trinity Session, 2008’s Trinity Revisited, with guest appearances from Natalie Merchant, Vic Chesnutt and Ryan Adams.

Meanwhile, Cowboy Junkies’ international fan base has remained strong, thanks to regular tours and continued acclaim for its albums. Even the group’s most recent release, 2018’s All That Reckoning, was called both “brave” and “beautiful” by England’s influential Uncut magazine—proof that nothing beats consistent high quality in the ever-changing world of music.