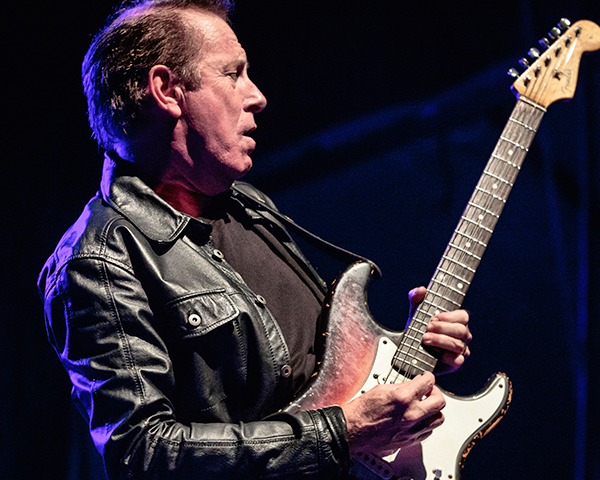 Guitarist, singer, songwriter, bandleader and producer Jack de Keyzer plays the blues worldwide. His music has taken him from Alert, Nunavut to Puerto Escondido, Mexico; Athens, Greece to Hornby Island, BC and many points in between. A prolific artist and songwriter, Jack has released 11 CDs and 1 DVD and played on hundreds of record sessions. An exciting performer, he performs an average of 150 shows per year and has headlined at many major jazz and blues festivals including the Montreal Jazz Fest, Blues Sur Seine in France, The Ottawa Blues Festival and Puerto Blues in Mexico. One of Canada’s most awarded and in demand blues guitarists, de Keyzer has been nominated for the JUNO Award for Blues Album of the Year five times, winning the JUNO Award twice in 2003 and 2010. He has also won seven Maple Blues Awards from Canada’s National Blues Awards, placed first in the USA International Songwriting Competition and CBC Radio’s Great Canadian Blues Award. Always touring with an incredible band of top musicians, de Keyzer will have you rocking to his hot blues, smooth R&B and soul jazz. World class. Jack de Keyzer.

“If Jack de Keyzer was from Chicago, New York or LA, he’d be famous” - Bob Dylan