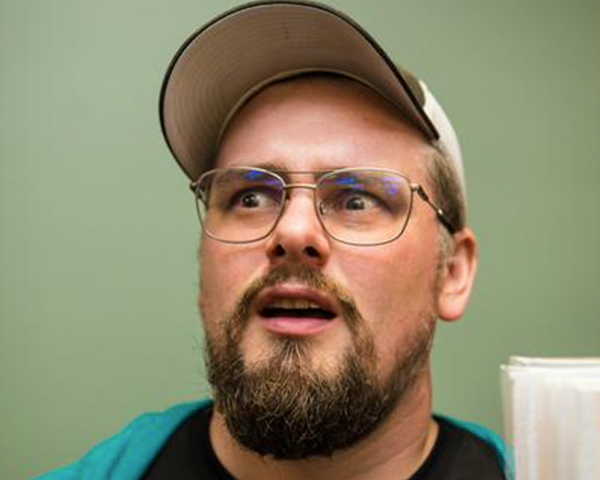 Geordan Moore’s imagination teems with strange creatures coming out of the woods and water, anthropomorphic objects, understated quips and over-the-top titles. The Canadian printmaker is interested in myths about his homeland, which he skewers in his weird art and witty illustrations. Geordan’s drawings depict exaggerated Canadiana, epic ocean scenes and characters inspired by Saturday morning cartoons, gross-out humour, horror clichés and tourist kitsch. With degrees in fine art and design and a lifetime of drawing and art-making behind him, Geordan’s earned the right not to take himself too seriously. “I like the idea of investing hours into something silly,” he says.

He got into printmaking by making gig posters and hasn’t looked back. Since 2010, when he founded The Quarrelsome Yeti, he’s been at it full-time, creating art prints and apparel bearing his trademark illustrations of fantastical beasts, zombie beavers, feasts of meat and more.