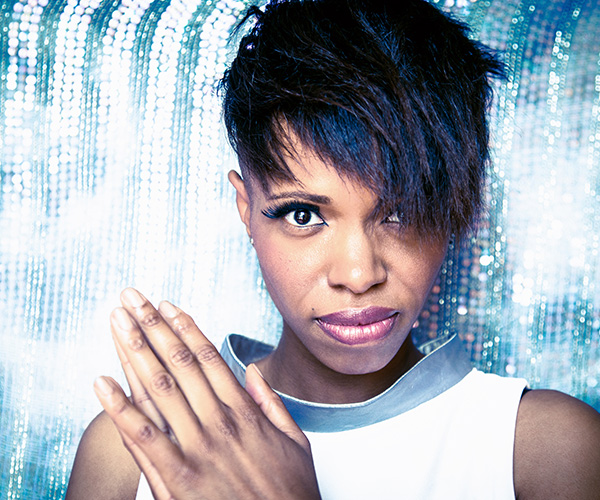 The Canadian rising star singer/songwriter Kellylee Evans is a chameleon-like performer, whose natural charm and improvisational jazz vocal style have shined on her adventurous journey through jazz, soul, pop and hip-hop over the past decade. In that period, she released two indie solo albums of original songs in Canada, earned two JUNO Award nominations (winning "Best Jazz Vocal Album" for Nina, her impassioned tribute to Nina Simone), captivated adoring French and Canadian fan bases and performed around the world, opening for such stars as John Legend, Dianne Reeves, Derek Trucks, George Benson and Willy Nelson. She is about to stun America with her US debut on Motéma Music, I Remember When (July 22, 2014), on which she brilliantly refreshes and puts her stamp on songs by hip-hop royalty Eminem, Dr. Dre, Snoop Dog, Kanye West and others.