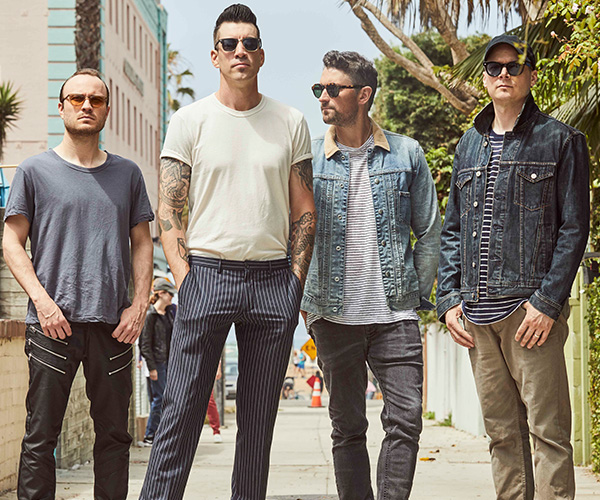 “Complacency is such a disease when you’re in a band,” says Tyler Connolly, singer and guitarist for Theory. “People are so afraid to progress, but you have to change—you can’t just write the same song over and over. So when I saw where this record was going, I said to the other guys, ‘We’re in a car and it’s going off a cliff. Do you want to jump out or ride it to the bottom?’ “With their sixth studio album, Wake Up Call, Theory hit the reset button, diving into a new sound, a new approach. The more melodic, intimate style that defines the project is a bold move for one of the leading rock bands in the world. Tyler Connolly knows that the ambitions ofWake Up Call—from its more atmospheric songs to its most propulsive and beat-driven—may meet with some resistance from Theory’s fan base. “We really wanted to make something big and very progressive for us. And hopefully, the rest of the bands will cheer us on, and maybe be a little less afraid to try something different.”