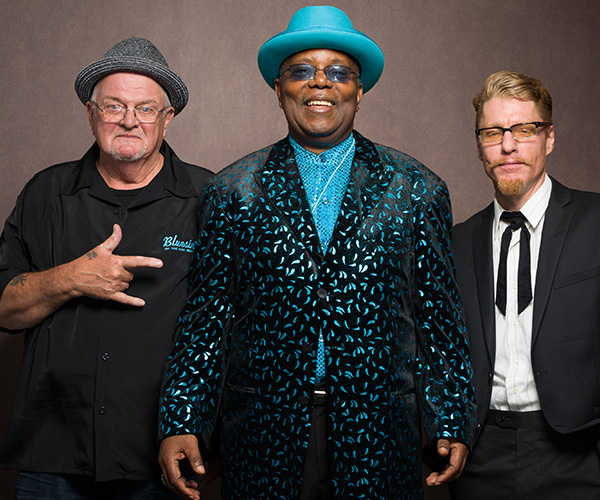 Kenny "Blues Boss" Wayne most recently won (Piano Player of the Year) from The Living Blues Awards. Raised in New Orleans, his powerful music recalls an era when piano players worked the chitlin’ circuit on the “strolls” in dozens of American cities. Kenny Wayne is a world leader in Boogie Woogie, and a real gentlemen of the blues.

Tim Williams won at the International Blues Challenge (2014) as Best Solo or Duo, and Best Guitarist (solo or duo). These are just the latest accolades in a career entering its fifth decade. Tim blends passionate, soulful vocals and awe-inspiring chops on a number of instruments including finger-style and slide guitar, mandolin and Hawaiian guitar to get a traditional yet unique sound. Brandon Isaak this Yukon songster recently most won (Acoustic Act of the Year 2014) by The Maple Blues Awards, (Canada's national blues awards) His last album was also nominated for (Song Writer of the Year) and (Album / Producer of the Year). Brandon once again has a nomination this year... (Guitarist of the Year).