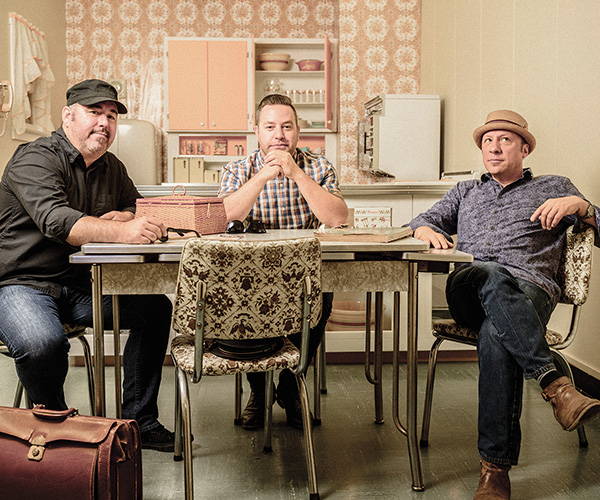 Time To Roll is the fifth album by award-winning Ottawa, Ontario-based blues/rock trio, MonkeyJunk. Time To Roll incorporates elements of their previous recordings with added maturity in songwriting and instrumentation, cementing MonkeyJunk’s sound as its own. It is also progressive for the band adding electric bass on most of the songs. Comprised of Steve Marriner on vocals, baritone guitar, bass, harmonica and organ; Tony D on lead guitar; and Matt Sobb on drums, MonkeyJunk is one of the hardest working bands on the scene today, performing at venues and festivals around the world. MonkeyJunk’s sound draws on inspiration from John Lee Hooker and Lightnin’ Hopkins to J.J. Grey & Mofo and The Meters. Time to Roll showcases deep grooves, fervent vocals and soulful, original material, plus a cover of Albert King’s classic, “The Hunter.” Time to Roll was co-produced by Ken Friesen, who also doubles as a co-songwriter. Kelly Prescott, Tom Wilson and Stony Plain label-mate Paul Reddick also lent their songwriting talents to the recording. The band's name comes from an interview with Son House, who described the blues as being about love, stating "I'm talking about the blues. I ain't talkin' 'bout no monkey junk".