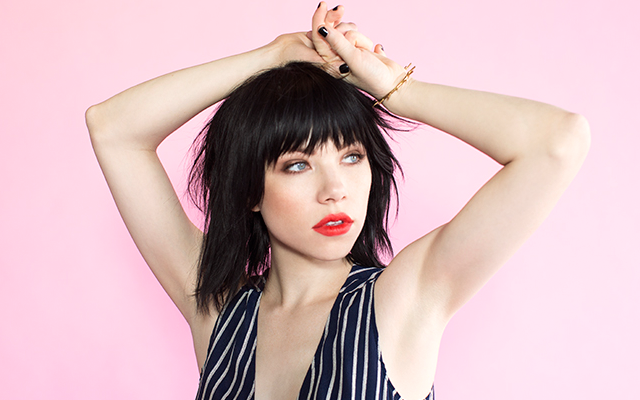 Multi-platinum Grammy nominated singer and songwriter, Carly Rae Jepsen released her critically acclaimed new album E·MO·TION, in August, via 604 Records/Universal. E·MO·TION has earned Jepsen a host of rave reviews, with several outlets – including Time, Entertainment Weekly, People, Stereogum, Vulture, Complex, Newsday, Noisey, U.S. Weekly and PopCrush – declaring it the pop album of the year so far. The New York Times notes that E·MO·TION is “brimming with potential radio singles ripe for group sing-alongs.” Two of those singles have already been released, “Run Away With Me” and “I Really Like You.” The latter became a global Top 40 hit, and its video is Vevo Certified with over 100 million views. Jepsen’s new single “Your Type” is out now. E·MO·TION is the follow-up to Jepsen’s U.S. debut album Kiss which featured her blockbuster break-out hit “Call Me Maybe.” The single climbed to No. 1 on the iTunes Singles charts in over 47 countries and has sold over 18 million singles worldwide to date. It earned Jepsen 2012 GRAMMY nominations for Best Pop Solo Performance and Song of the Year. Jepsen spent much of 2014 starring in the Broadway production of Rodgers & Hammerstein’s Cinderella. Jepsen will also star as “Frenchy” in GREASE: LIVE airing Sunday, January 31, on FOX.