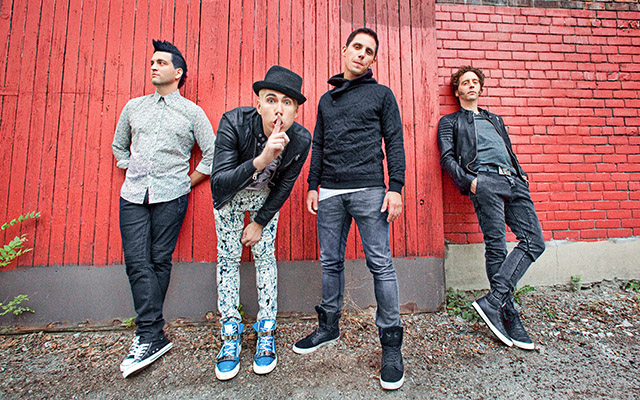 Platinum selling Canadian pop group, Marianas Trench, released their fourth studio album, Astoria, in Autumn 2015, and their ever-expanding fan base is predictably ecstatic. Astoria, a concept record based on 1980’s fantasy adventure films; specifically The Goonies, honours classic coming of age stories, and reflects on lead singer Josh Ramsay’s own personal journey that took him from the highest high to the darkest point in his life and career.

With hits such as “One Love, "Fallout,” “Haven’t Had Enough” and “Stutter,” this pop-rock quartet constantly raise the bar for quality music, which translates into their explosive live shows. This past fall and winter, Marianas Trench toured from coast to coast in the USA. They are touring in Canada this spring, and plan to tour the US again, as well as Australia, Europe, and Asia in 2016. With fans now scattered around the world, there is no stopping Marianas Trench and their steady climb to the top.