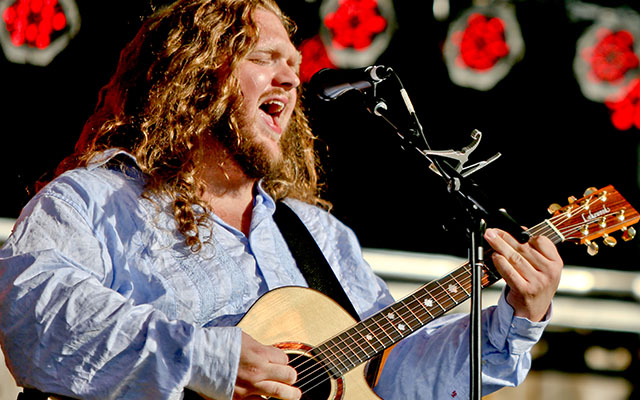 "With over 2 million views on YouTube, independent sales over 30,000 albums, a 2013 European Blues Award, and winning Best Solo Performer at the Memphis Blues Challenge, it appears that the entire world is now discovering Matt Andersen. A powerhouse performer with a giant soul-filled voice and commanding stage presence, Matt has built a formidable following the old fashioned way – touring worldwide and letting the converted audiences and Andersen devotees spread his reputation through word of mouth.
That’s more than evident on Weightless, where Andersen comes out of the gate swinging with “I Lost My Way,” one of two co-writes with Joel Plaskett, where he is singing a soul/gospel melody over a reggae groove. Then he channels Van Morrison on “My Last Day,” before delivering a gorgeous country ballad co-written with David Myles, “So Easy.” With Dave Gunning, Andersen tells the all-too-common tale of Maritimers heading west to work on the oil sands, in “Alberta Gold.” Hamilton’s Tom Wilson helps craft a rockabilly ode to a battered rust-belt town, “City of Dreams,” while Andersen’s Wolfville, N.S. neighbour Ryan Hupman lends a hand on three songs, including the title track, “Between the Lines” and the spiritual “What Will You Leave?”