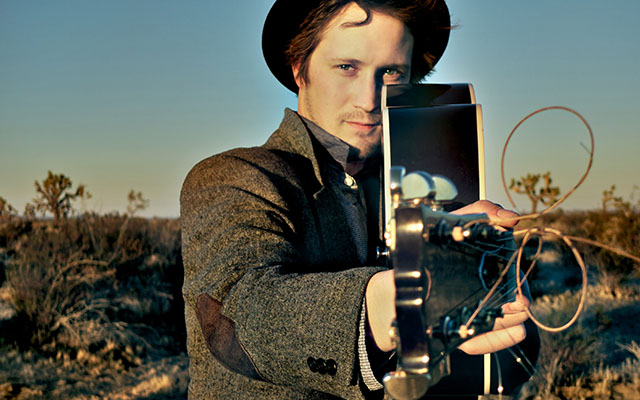 Del Barber grew up in the Canadian prairies, and the landscape is as much a part of him as the people he has met along the way. From the fertile Red River Valley to the pastures of the west, straight into the factory floors and slaughter houses of the city, Barber’s fourth album, Prairieography, is born out of a love for his home, its people and their stories.

Recorded at Empire Recording in Winnipeg, the album is blanketed in warmth, subtle textures and true-to-life imperfections; the rhythm section was captured live to analogue tape and uses audio sounds from combines and augers.

In an effort to take his creative process to new heights, Barber undertook a painstaking approach to achieve an organic sound. The reverb was recorded inside a 150-foot grain silo. “We had to disassemble the studio, scale the walls of the silo, hang microphones and a speaker,” Barber describes. “We amplified the instrument, like the pedal steel, into the silo and recorded again, then the track would have to be synched up with the song.”

Barber sings from the heart about his roots, telling tales from the road, and offering incredibly personal and sincere observations of the world around him.