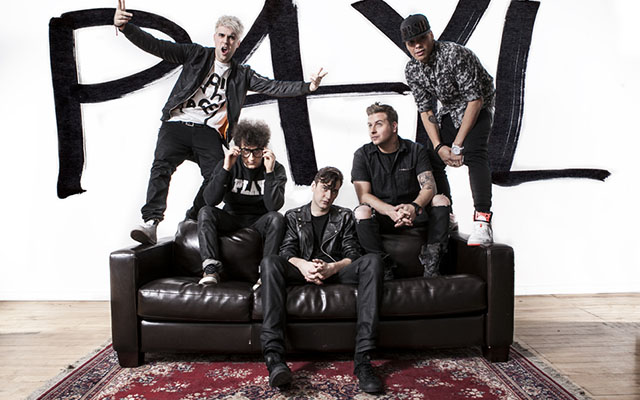 Down With Webster, Party For Your Life

The unrestrained, genre-defying juggernaut that is Down With Webster began 2014 with the release of their eagerly-anticipated third album: the never-more-aptly-titled Party For Your Life, through Universal Music Canada. The album release was heralded with the release of the single “Chills.” This followed the album’s title track single and platinum-certified “One In A Million,” which hit the charts in 2013.

Party For Your Life was co-produced by the band and reunited them with producers James Robertson and Grammy-winning Boi-1da (Drake, Rick Ross, Eminem).

Formed over a decade ago as students, Down With Webster have built a fiercely loyal following on the strength of their must-be-seen-to-be-believed live performances and their singles “Rich Girl$”, “Your Man”, “She’s Dope”, and “Whoa Is Me”, which have combined to sell more than 500,000 downloads. DWW are five-time JUNO Award nominees.

Presented by Live Nation Canada
Party For Your Life
YEAR