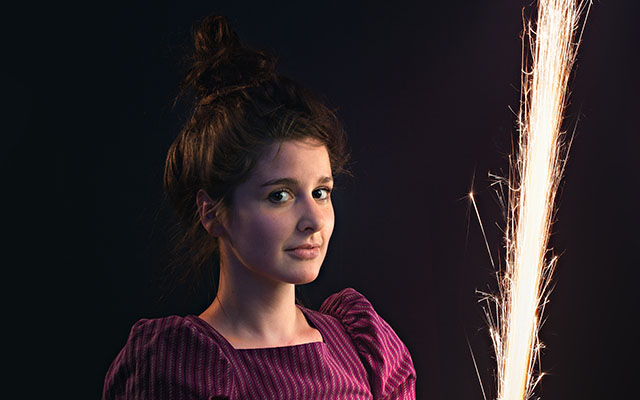 Francophone Album of the Year  2015

When Klô Pelgag sings, images come alive. And when she plays, the air vibrates. While the eyes are enamored and hearts are steered toward its lush piano universe of strings and voice, she strives to make her songs a landscape for the blind. Her first album, L’Alchimie des monstres, has found unparalleled success both in Canada and francophone Europe. On stage, Klô surrounds herself with talented musicians to present a show staged by choreographer Dave St-Pierre. The artist is the ultimate synthesis of imagination music and words... so that one does not exist without the other. She is the winner of many prizes and distinctions including Album of the Year: pop and Artist of the Year at the Gala GAMIQ; Felix' Newcomer of the Year at the ADISQ Gala 2014; the Grand Prix de la Francophonie Charles Cros in France; CBC 2014-2015 Revelation and many more. Pelgag was also the first woman to win the Prix Miroir “Celebrating the French language” at the Quebec City Summer Festival.