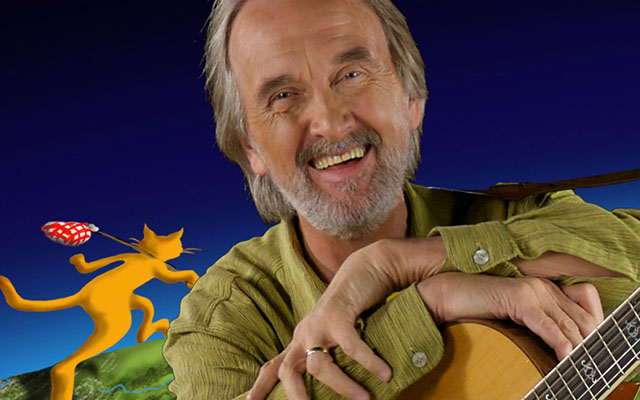 Fred Penner , Where In The World

Fred Penner is a household name to the millions who grew up watching the much loved children’s entertainer emerge of that hollow log for 12 seasons and nearly 900 episodes in the hit TV show Fred Penner’s Place – seen weekly by 55 million American and Canadian viewers. Fred Penner delivered a simple, yet powerful message. “Never underestimate your ability to make a difference in the life of a child.”
Having sold more than one million records and performed live to more than a million fans, Penner was dubbed “Mr. Multi–Media” by Billboard Magazine. His diverse repertoire includes a prolific 12 children’s albums and countless energetically packed live shows for throngs of eager audiences across North America.
Those who grew up with him now have children of their own, introducing Penner to a whole new generation. After taking a break from performing to score music for other family TV shows, he decided to record his first new family album in close to a decade – Where in the World – and head back out to perform live. In Fred’s own words, the album is “relevant and speaks to children about what’s happening in the world and the importance of positive messages.

Where In The World
YEAR