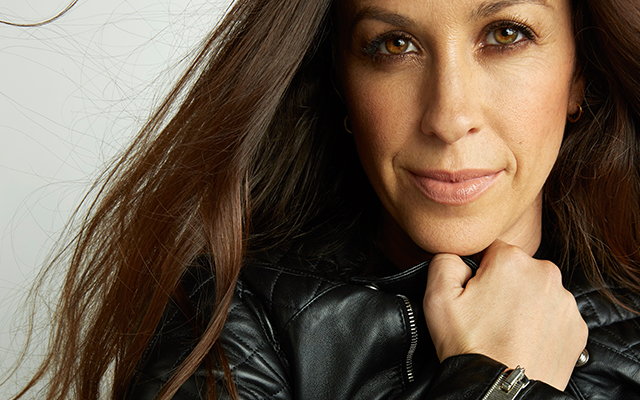 Having recorded her first song at the age of 10 and winning her first JUNO Award at 17, Alanis Morissette has already accomplished more than many musicians do in a lifetime. Her first studio album self-titled Alanis was released in Canada in 1991, and the dance-pop album went to platinum with its first single, “Too Hot” reaching the top twenty on the singles chart. Morissette went on to release Now Is The Time in 1992 – a ballad-driven record which produced three top 40 singles: “An Emotion Away,” the minor contemporary hit “No Apologies,” and “(Change Is) Never a Waste of Time.”

After moving to Los Angeles in 1995, Morissette took the music scene by storm with the release of Jagged Little Pill – a mature, compellingly personal collection of original modern-rock compositions that sold an astonishing 30 million copies worldwide. Morissette’s popularity grew significantly in Canada, where the album was certified twelve-times platinumand produced four chart-toppers: “Hand in My Pocket”, “Ironic”, “You Learn”, and “Head Over Feet.” Morissette and the album won five JUNO Awards in 1996 in Hamilton: Album of the Year, Single of the Year (“You Oughta Know”), Female Vocalist of the Year, Songwriter of the Year and Best Rock Album. At the 1996 Grammy Awards, she won Best Female Rock Vocal Performance, Best Rock Song (both for “You Oughta Know”), Best Rock Album and Album of the Year.

With a steadily growing fan base and rising success, Morissette quickly became renowned for her skillful songwriting, mesmerizing vocals and undeniable talent. Her passion for music remained unwavering over the years and produced a streak of critically acclaimed albums, including Supposed Former Infatuation Junkie (1998), Under Rug Swept (2002), So-Called Chaos (2004), Flavors of Entanglement (2008) and Havoc and Bright Lights (2012).

Outside of entertainment, Morissette is an avid supporter of female empowerment, as well as spiritual, psychological and physical wellness. She has contributed her writing and music to a variety of outlets, forums and causes, including movie soundtrack contributions, running a marathon for NEDA and working with Equality Now. Morissette also leads workshops, special speaking/music engagements and keynote speaking worldwide.