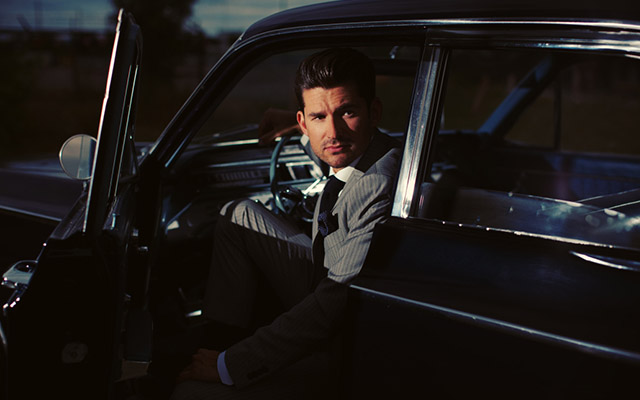 With My Funny Valentine, the JUNO Award nominated performer Matt Dusk reintroduces and reinterprets Chet Baker’s repertoire for a new generation – and comes home in the process. Recorded in Toronto, Dusk and an 80-piece orchestra are joined by Grammy Award-winning trumpet and flugelhorn virtuoso Arturo Sandoval, JUNO Award winning jazz king Guido Basso, Canadian chanteuse Emilie-Claire Barlow and Straight No Chaser alum Ryan Ahlwardt – the 12-song album digs deep into Baker’s vast and varied catalogue. The set list glides seamlessly from lushly appointed signature ballads like "Deep in a Dream" and the unconditional-love title track, "My Funny Valentine", to swinging renditions of standards like "Let’s Get Lost", "All The Way", "Embraceable You" and "Come Rain or Come Shine." For Dusk, who produced the album with Terry Sawchuk and Shelly Berger, it was a true labour of love. Emphasis on labour. "It took me almost six months to choose the songs on the record," he says. "I would only record a song that I knew Chet had either recorded or performed."