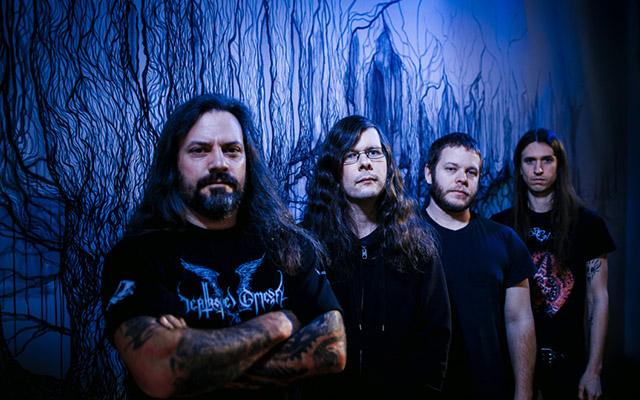 Metal/Hard Music Album of the Year  2014

Gorguts, one of death metal's most revered and influential bands, has returned! From their beginnings in 1989 as one of the most-acclaimed bands in the genre’s first wave, through their growth into a unique and wildly-progressive entity, the Montreal-based quartet has cast a long shadow of influence over extreme metal that reverberates to this day. On Colored Sands, their first new album in almost twelve years, the band (helmed by founder Luc Lemay) builds off the groundwork laid by its earth-shattering, genre-milestone Obscura (1998). New tracks like "Forgotten Arrows" and "Absconders" showcase Lemay’s distinct playing and approach to composition, and prove that Colored Sands is death metal of the highest order.