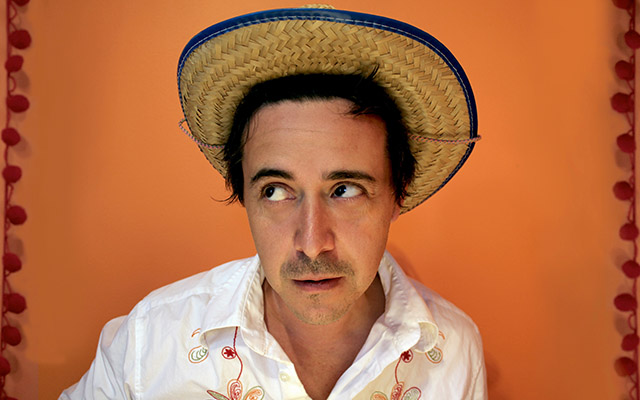 Danny Michel , Black Birds Are Dancing Over Me

Danny Michel, multiple JUNO Award nominee, treasured songwriter, David Suzuki-approved green strummer and quiet do-gooder comes to Six Shooter Records as a long time label favourite. Danny’s new album, his 10th, Black Birds Are Dancing Over Me, dives into the waves of Belize’s musical deep, featuring Mayan guitar, turtle shells, donkey jaw-bone, and traditional Garifuna segunda and primero drums. The album cultivates lush rhythms and sounds, the perfect backdrop for Michel’s eloquently buoyant songwriting style. To make the record, Danny relocated from the Golden Horseshoe to the foothills of the Mayan Mountains in Benque Viejo del Carmen. There, he teamed up with members of the Garifuna Collective, who formed The Benque Players in the studio, and pioneering producer Ivan Duran at StoneTree Records, a label/studio that has been instrumental in bringing the Belizean sound to the world. The album has been connecting in immediate and powerful ways – industry maven Larry Leblanc has called it “one of the finest musical works of our time. This is a career album.”

Black Birds Are Dancing Over Me
YEAR