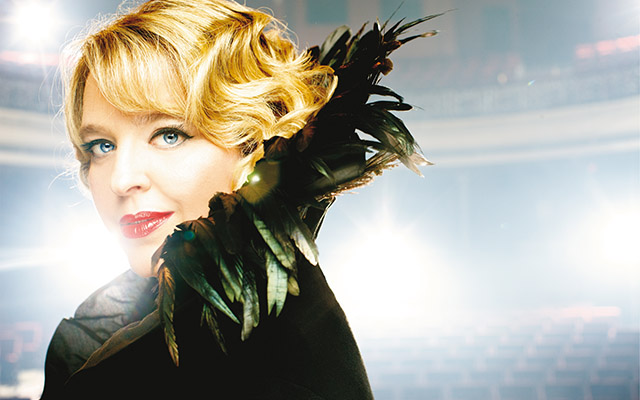 Classical Album of the Year: Vocal or Choral  2013

Canada’s superstar soprano Karina Gauvin has impressed audiences and critics the world over with her luscious timbre, profound musicality and wide vocal range. The Globe and Mail calls her “one of the dream sopranos of our time.” The Sunday Times in London also wrote, “her glinting soprano, bright-edged yet deliciously rounded and sensual, is used with rare understanding for character.” On the operatic and concert stage, she has performed with conductors as diverse as Charles Dutoit, Kent Nagano, Semyon Bichkov, Roger Norrington, Alan Curtis, Christopher Hogwood, Helmuth Rilling, Andrea Marcon, Yannick Nézet-Séguin, Bernard Labadie, and Christophe Rousset. Also active as a recitalist, she has collaborated with several chamber music ensembles and with pianists Marc-André Hamelin, Michael McMahon and Roger Vignoles. In addition to Karina Gauvin’s solo discs produced by the ATMA label, many of her recordings have been nominated for a Grammy and have won prizes at the JUNO Awards and OPUS Awards. More recently, her characterization of Manlio in Vivaldi’s opera Tito Manlio on the Naïve label with the Accademia Byzantina was called “riveting” by Opera News. With Il Complesso Barocco under Alan Curtis, she has sung in concert and recorded Handel’s Ezio, Tolomeo and Alcina for the Deutsche Grammophon.