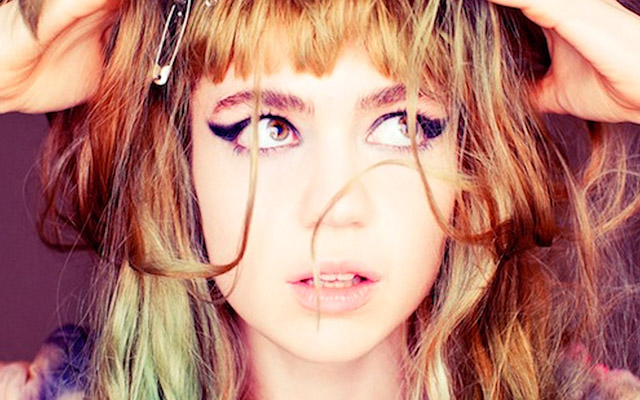 Breakthrough Artist of the Year  2013

Born in Vancouver, Claire Boucher came to Montreal in 2006. Her experience as a performer is deeply embedded in the illegal DIY loft culture of Montreal, where Grimes was one of the prominent figures in the scene surrounding Lab Synthèse. She developed in a scene where punk ethos and pop music collide, resulting in a distinct sense of community, religiosity and psychedelic revelry. Visions arises as Boucher’s fourth release in less than two years. Geidi Primes (2010), initially released as a limited 30 cassette run and free download, then followed by Halfaxa (2010) – arguably one of the first witch-house or lo-fi R&B releases. On Darkbloom (2011), Grimes begins taking her first steps as a producer, bringing together the experimentation behind her early work and a cutting edge pop aesthetic. Her newest album, Visions, draws from genres like New Jack Swing, New Age, K-pop, Industrial and glitch. She describes her work as “the only means through which I can be fully expressive. It is both an ethereal escape from, and a violent embrace of my experience. Visions was conceived in a period of self-imposed cloistering during which time I did not see daylight.”