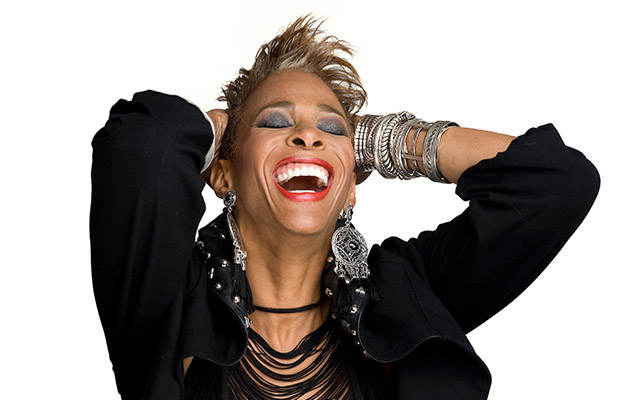 Shakura S’Aida — pronounce her name “Shack-oora Sigh-ee-da”— began performing as a young girl. Her first steps into music began with a Toronto community band called Mystique, which found her belting out tunes alongside Deborah Cox. She then became the lead singer in a 13-piece world music band, Kaleefah, that would later be nominated for a JUNO Award. As a solo artist, Shakura’s career has spanned genres and countries and taken her to some of the most noted stages in the jazz world. She’s performed at the Apollo Theatre in New York, has been featured with such legendary artists as Jimmy Smith and Ruth Brown, sung backup with Patti Labelle, and is equally at home singing material with a Ray Charles tribute band, or presenting a one-woman show of the music of Nina Simone. Shakura’s long-simmering career initially moved into high gear in 2008 with a triumph at the International Blues Challenge in Memphis, when she earned the runner-up position, competing against more than 100 bands from more than 20 different countries.