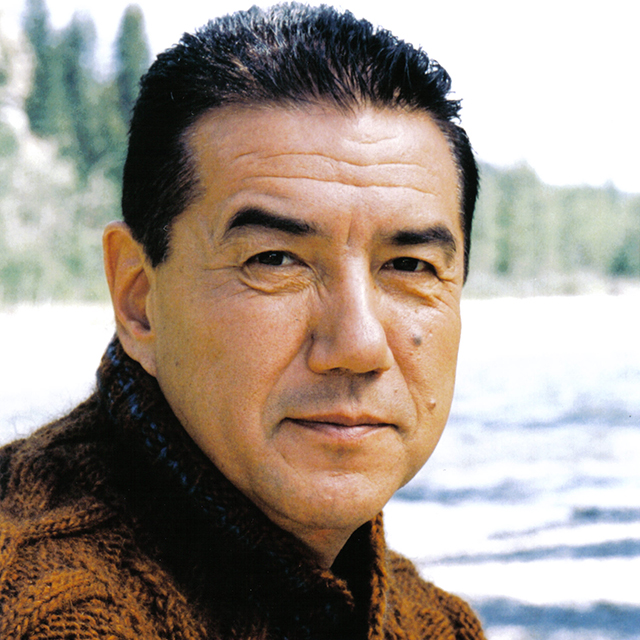 Tom Jackson combines his love for music and life experiences as well as his deep compassion to empower those less fortunate. He launched his first Huron Carole concert in 1987 to support Canada’s food banks, and has continued to touch communities across the nation with the concert tour for 18 years. In addition to initiating many more benefit fundraisers, Tom has helped raise more than $9 million for food banks, family service agencies, and disaster relief.

“I could never have imagined the applause, nor expected an award, while standing shoulder to shoulder with the poor in the quest for a better quality of life,” says Jackson. “I am proud and humbled to be part of a community that acknowledges music as a vehicle of change.”

In 1988, Tom founded the Christmas & Winter Relief Association, a non-profit organization whose mandate was to raise funds for community food banks and family service agencies in Canada.

With a relentless determination to end hunger, Tom assembled his music industry peers to participate in the Huron Carole Benefit Concert Tour, an annual Christmas concert established by Jackson and his band to benefit Canadian food banks. Performing from coast to coast, some of the greatest Canadian artists including Jann Arden, Beverley Mahood, Murray McLauchlan, The Rankin Sisters, Amanda Stott and Michelle Wright have joined Tom in raising awareness of hunger affecting Canadians.

In 2005, the Huron Carole Benefit Concert Series wrapped up. Carrying on the legacy of Huron Carole, Jackson established Singing For Supper, a unique and intimate concert series held at community venues across the country. Jackson’s idea to hold performances in neighbourhood churches, school auditoriums and community halls made Singing For Supper affordable and accessible for everyone.

In total, The Christmas & Winter Relief Association, Huron Carole Concert Series and Singing For Supper has raised over $3.8 million to-date and last year alone, Singing for Supper helped collect over 12,000 pounds of food for 20 communities in need. The success of Singing For Supper has subsequently led to the development of Swinging for Supper, a series of national golf tournaments to raise money for food banks.

Throughout his charitable activities, Tom managed to nurture a successful music and acting career. Acknowledged as one of Canada’s most gifted musicians, his rich baritone voice is widely recognizable and his lyrics are both insightful and uplifting.

He has recorded 14 albums, written and produced volumes of music including the acclaimed album “That Side of the Window” which received a JUNO Award nomination in 1997. Jackson has generously donated profits from the sale of some of his albums to the Canadian Association of Food Banks, and given video airplay royalties from four of his singles to support the Calgary Inter-Faith Food Bank.

In addition to his successful music career, Tom Jackson is recognized for his lead role as Chief Peter Kenidi on CBC’s dramatic hit-series North of 60. During work on the popular show, his friend and fellow cast member Mervin Good Eagle committed suicide. The Dreamcatcher Concert Tour was established in 1996, to raise awareness and empower communities impacted by the loss of young lives due to suicide. In addition to the music, the cross-country Dreamcatcher Concert Tour has grown to include counselling, stress management and healthcare workshops.

With more than 40 years of playing to audiences and a career spanning across music, television and film, Tom Jackson has dedicated his efforts to finding every opportunity to help those in need. He is a leader in the aboriginal community and an inspiring voice for all Canadians.

Jackson has been recognized with many awards for his humanitarian efforts including the National Aboriginal Achievement Award, Human Rights Award for Television, The Saskatchewan Distinguished Service Award and named one of Canada’s best activists by TIME magazine. In 2000, Tom was appointed an Officer of the Order of Canada, the country’s highest honour.