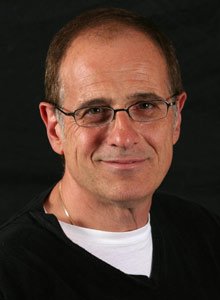 In a legendary career as a music and entertainment producer, songwriter, arranger and mixer that has spanned over 40 years, Canadian-born Bob Ezrin has worked with a wide variety of artists including: Alice Cooper, Kiss, Pink Floyd, Fefe Dobson, Peter Gabriel, Lou Reed, K’naan, will.i.am, Jay-Z, Taylor Swift, U2, Green Day, Rod Stewart, Nine Inch Nails, 30 Seconds to Mars, The Darkness, Jane’s Addiction and The Deftones and many more.

In 2010 Ezrin produced “Wavin’ Flag” with K’naan and Young Artists for Haiti and helped raise over $2 million for disaster relief. That song won the JUNO award in 2011 for Single of the Year.

He is a co-founder with GGGarth Richardson of The Nimbus School of Recording Arts in Vancouver, B.C. where students learn audio engineering, advanced music production, urban music production and music business and entrepreneurship.

He is also a co-founder of Beat Kangz electronics, a company focused on hip hop musical instruments and the developers of the world renowned Beat Thang.

Ezrin was inducted into the Canadian Music Industry Hall of Fame in March, 2006, was named an Honorary Fellow of the Royal Conservatory of Music, and was inducted into Canada’s Walk of Fame in 2013. He is Chairman Emeritus of the Los Angeles Mentoring Partnership, Vice President of the The Mr. Holland’s Opus Foundation, a director of The Nashville Symphony, a former Advisory Board Member for MusiCounts, Canada’s music education charity associated with CARAS. Along with U2′s the Edge and Henry Juszkiewicz the CEO of Gibson Guitar Corporation, Ezrin was a co-founder of Music Rising, an initiative to replace the musical instruments that were destroyed or lost in the gulf coast region due to the hurricanes and flooding of 2005. He is also a past Trustee and Governor of NARAS.

Bob Ezrin lives in Nashville, TN and continues his work in the studio as well as on film, television and in theatrical productions.