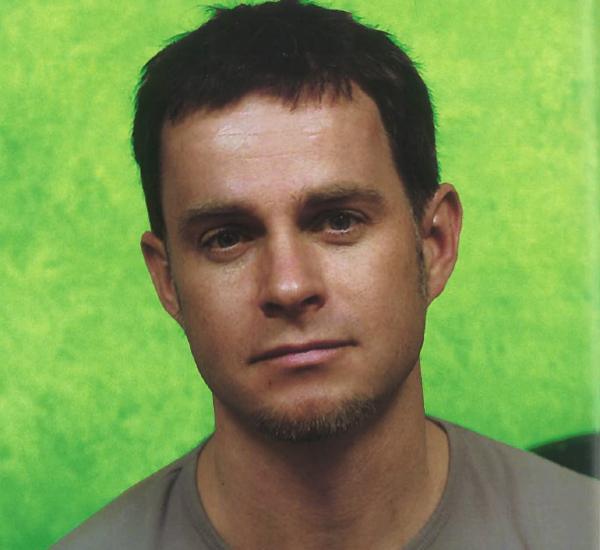 Building a Nettwerk of Success

“It’s a real honour, but I’m not ready for lawn bowling just yet,” says a deadpan Nettwerk Music Group CEO Terry McBride of the Walt Grealis Special Achievement Award. “I’m not retiring until I’m 50, so people are going to have to put up with me for at least seven more years.”

McBride concludes that surprise announcement by laughing emphatically enough to prove that he’s kidding. While McBride is among the youngest-ever recipients of the award, he’s likely only at the halfway point of a career that has seen him evolve from the archetypical independent record label street urchin into one of the foremost artist managers and visionaries in the music business.

If McBride was the sort to strategize a Freedom-50 plan, he could have done so with impunity at the turn of the decade. Sarah McLachlan had finished the third of her Lilith Fair tours and was starting a family. Barenaked Ladies were likewise wrapping a four-year period of recording and touring that had made the band a premier North American attraction.

Instead, McBride shifted into overdrive. First, he steered Dido to international success, then oversaw the explosive growth of management division that now represents, either directly or in co-management scenarios, no less than 50 artists and producers - Avril Lavigne, Coldplay, Sum 41, Our Lady Peace, Gob, Stereophonics and Chantal Kreviazuk included.

“We’ve just come through what should have been our driest period,” McBride explains, “and instead it’s been a hugely exciting one.”

With a Lavigne tour to coordinate and new albums due this year from what he calls his three “heritage” clients - McLachlan, Barenaked Ladies and Dido - the pace won’t be slowing down anytime soon.

“Terry is, in my opinion, one of the world’s best managers for many reasons,” says McLachlan. “He has always shown complete devotion and passion for the business of developing and breaking an artist.

“He asks that you work very hard, but certainly no harder than he himself works. He is kind and decent and loyal, but can be the bulldog you need him to be when necessary. He’s in it for the long haul, for all the right reasons. There’s no-one else I’d rather have on my side.”

Barenaked Ladies Steven Page credits McBride with turning the band’s fortunes around. “Without Terry McBride, I would most likely be working in retail or be very, very drunk.

“He gave my band a second chance when nobody else thought we deserved it. He saw through the schtick and the lousy imaging and saw a really good band that was willing to work hard. He is a master of marketing and promotion and has taught the entire music business more than it may even care to admit.

“Every day, when I’m not cursing his name, I look around my house and silently thank Terry for helping me to find my audience. Silently, though, because I would hate for him to get a swelled head over all of this.”

Born on Dec. 4, 1959 in Vancouver, McBride is the second child of a homemaker mother and a scientist father who worked for the federal government before taking a faculty position at the University of British Columbia. He was an introspective kid, silenced to some extend by a speech impediment. “December children are usually the smallest ones, so I was the one that bullies always chased,” he says.

Music was McBride’s outlet and passion. He spent hours entranced by AM radio (Terry Jacks’ Seasons in the Sun was an early favourite) before developing a teenage obsession with U.K. punk and new wave. Work as a lifeguard and wedding DJ helped pay for 4 years of university, but the prospect of more years of study and an apprenticeship soured him on plans to become a civil engineer. McBride became part of Vancouver's tight-knit alternative music scene of the early 80s while working at a record store.

“There were maybe 50 or 60 of us, all told,” he says. “We knew each other, we'd go to the Pointed Sticks shows and talk about Depeche Mode, New Order and Joy Division.”

Mark Jowett and his band Moev hooked up with McBride, who served as the group’s de facto manager while admitting today that he was making it up as he went along. Together they launched Nettwerk in 1984 to release the band's first vinyl single. The rest is a distinctive slice of Canadian music history, one that continues to be written on label, publishing and management fronts from offices in Vancouver, Los Angeles, New York and London.

It was tough slogging for a decade. “There's no legitimate school for this, and we learn from our mistakes,” says McBride.

“Nobody made any money. It was remarkable during the Sarah litigation trials (in the late 90s)  when we looked back at the books and saw how little money was around. We  probably could have gotten welfare if we weren't working for ourselves.”

To pay the rent, McBride held down a variety of odd jobs - ranging from pizza delivery to gutting fish at a Steveston, B.C. processing plant.

Nettwerk survived the lean years, says McBride, “because we were stubborn. We were the outsiders back then.”

“That gave us our identity. It happens every generation. The bands we were into like U2 weren’t getting commercial play. And you know what? My tastes haven’t changed. Radio had changed.”

That some in the mainstream music industry didn't take Network seriously at the outset was fuel for fire. “People were constantly saying, ‘You're not going to make it, you're going to fail,” says McBride.

“I wish now that I had my favorite Sum 41 salute to call upon: ‘See you later, buddy.’  It was motivating in some ways, but really it just pissed me off and made me work harder.”

In time, McBride found a handful of industry mentors he could trust. Foremost are two men: EMI Music Canada president Dean Cameron, who facilitated the March 1986 distribution deal that kept Nettwerk alive; and Roy Lott, the right-hand man to Clive Davis at Arista Records during McLachlan’s first decade at the label, and now president/COO of Virgin Records in New York.

“Deane was the first person I dealt with from Toronto,” says McBride. “Above all, he taught me about passion.”

Cameron recalls being thoroughly impressed with the energy and vision of the Nettwerk partnership triumvirate of McBride, Jowett and Ric Arboit. “They were always cautious and curious, ‘What are these major label people like? They’re easterners, so they must be evil.’

“But when I met them I was an A&R guy and I believed, and still believe, in the same values as they do. I was fascinated to pass on whatever I knew about the mechanics of the business.”

While McBride cut his teeth as a manager with Moev, industrial-rock icon Skinny Pup and the Grapes of Wrath, it was his tenacious grassroots development of McLachlan that finally paid dividends with her Fumbling Towards Ecstasy album in the mid-’90s. “That was the first full success with how we were attacking the business - which was under the radar, one buyer at a time.

“I was interested in technology from the time I was creating computer programs with punch cards at schools,” says McBride. “Numbers and math are a second language to me.”

McBride also pioneered the strategic use of the hard data provided by music information companies Soundscan and Broadcast Data Systems, creating breakout regional successes for his acts. This kind of “micro-marketing” was “just common sense to us,” McBride says.

“Whereas the majors were always looking for sales bumps of 300 or more units and would do our best to exploit it.”

McLachlan launched Lilith Fair in 1997 and released Surfacing, which now has sold more than eight million units worldwide. With McBride as executive producer, the caravan clocked 31,952 kms over the course of 139 shows and struck a major blow for women artists who were previously denied much access to the festival circuit.

“It’s a matter of being available for these people, providing my advice and helping them through situations. We haven’t added a lot of managers here. It’s the same team, only the team is now nailing it consistently. Everyone has become very good at what they do.”

Stepping back from every artist save McLachlan (whom McBride continues to manage personally) has allowed him to develop a modicum of a private life after years of 80-hour workweeks. He and his wife Cathy had their first child, Mira, a year ago.

“I’m at my desk by 7 a.m., but I try to get home by 5 p.m. so I can spend some time with the family,” says McBride. “After she’s in bed, I usually get back on the computer by 9 p.m., get my emails done and make some calls to the Asians and Australians.”

Retirement? Lawn bowling? Not in this man’s immediate future.