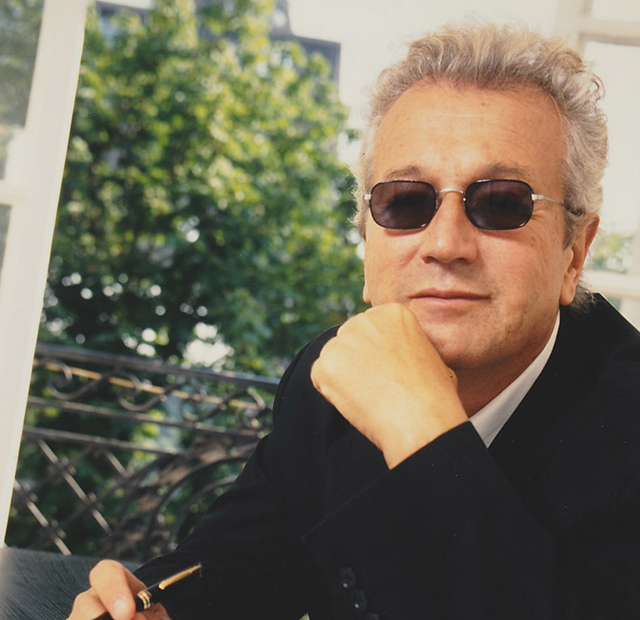 Luc Plamondon. Lyricist, producer, b St-Raymond-de-Portneuf, near Quebec City, 2 Mar 1942; BEd (Laval), honorary D LITT (Laval) 1994. Luc Plamondon grew up listening to the "turlutes" (comic ritornelles) of LA BOLDUC at his aunt's home in Limoilou; he wrote his first song at age 16. He studied classics and music at the SÉMINAIRE DE QUÉBEC and at the Collège des Jésuites, where he discovered literature. Plamondon obtained a bachelor of education at Laval University, after which he had a short stint at the Université de Montréal studying literature. He travelled for six years in Europe and the US, briefly studying art history at the École du Louvre and learning English, German, and Italian. In Paris, he met the singer DIANE DUFRESNE, who was studying voice. On his return to Quebec, he wrote "Dans ma Camaro" (music by ANDRÉ GAGNON), which singer Steve Fiset made into an immediate hit. His songs were also popularized by CÉLINE DION, MONIQUE LEYRAC, RENÉE CLAUDE, DONALD LAUTREC, Nicole Martin, and PAULINE JULIEN.

In 1972 Plamondon began collaborating with Diane Dufresne and FRANÇOIS COUSINEAU. Together, they produced some of the greatest pop hits of the Quebec chanson movement of the 1970s, including "J'ai rencontré l'homme de ma vie," "En écoutant Elton John," "La Chanteuse straight," and "Pars pas sans me dire bye-bye." Although inspired by Léo Ferré and Georges Brassens, Plamondon quickly developed his own style. His "flash" phrases taken from popular speech and his modern themes resonated with younger generations. He wrote nearly 75 songs for Diane Dufresne, including "Chanson pour Elvis" (music by François Cousineau), "Le Parc Belmont" (music by Christian St-Roch), "J'ai douze ans maman," and "Oxygène" (music by Germain Gauthier). Their collaboration ended with Dioxine de carbone, a "cartoon-opera" (music by Angelo Finaldi) that received mixed reviews and only ran for one month at the Cirque d'hiver de Paris in 1983.

In the late 1970s and 1980s Plamondon devoted himself to writing musicals and modern rock operas. STARMANIA, with music by Michel Berger, illustrates the shortcomings of celebrity and was premiered at the Palais des congrès de Paris in 1979. It was shown in Quebec in 1980 and 1986 and in Madrid, London, and Berlin in 1993-4. In 1980 Plamondon wrote Suite rock en rose, with music by NANETTE WORKMAN, which was premiered by the latter at the Spectrum in Montreal. In 1990 he wrote a second rock musical with Michel Berger, La Légende de Jimmy (stage setting by Jérôme Savary), inspired by the life of James Dean and featuring DIANE TELL, Renaud Hantson, and Nanette Workman. Légende ran for five months at the Mogador, and the record (CBS CK-90857-CD) sold more than 100,000 copies. The complete libretto was published by Éditions Cherche-Midi in 1991. Plamondon's Notre-Dame de Paris, with music by Richard Cocciante, premiered on 16 Sep 1998 in Paris. The musical, based on Victor Hugo's novel, was an international success and has been performed in Canada, France, Russia, Switzerland, Spain, China, and South Korea. The soundtrack was recorded by Montreal's Disques Strato in 2000 (STRA2-1258). Plamondon's fifth musical, Cindy: Cendrillon 2002, with music by Romano Musumarra, premiered at the Palais des congrès on 3 Oct 2002. The production was poorly received and had only a short run. A corresponding soundtrack (Phoebus PBCD 9970) was also released in 2002.

Plamondon holds a unique place in the history of Quebec chanson by virtue of the sheer quantity of his output and by his international success. He is a "tragic poet," according to the writer Jacques Godbout, each of whose songs creates a theatrical universe where the rocker has replaced the heroes of the past. Considered a spokesman of his generation, he has given French popular song a language capable of expressing solitude and the hopes of younger generations.

Plamondon has been a member of the advisory committee on the status of Quebec artists. He was made Chevalier of the Ordre national du Québec in 1990 and was decorated with the Ordre des francophones d'Amérique in 1991. A tribute concert attended by an audience of 10,000 was held for Plamondon on Parliament Hill on 7 Jul 2001. In 2002 Plamondon was named an Officer of the Order of Canada. Other honours include inductions into the Juno Hall of Fame (1999), Canada's Walk of Fame (2003), and the Canadian Songwriters Hall of Fame (2011).