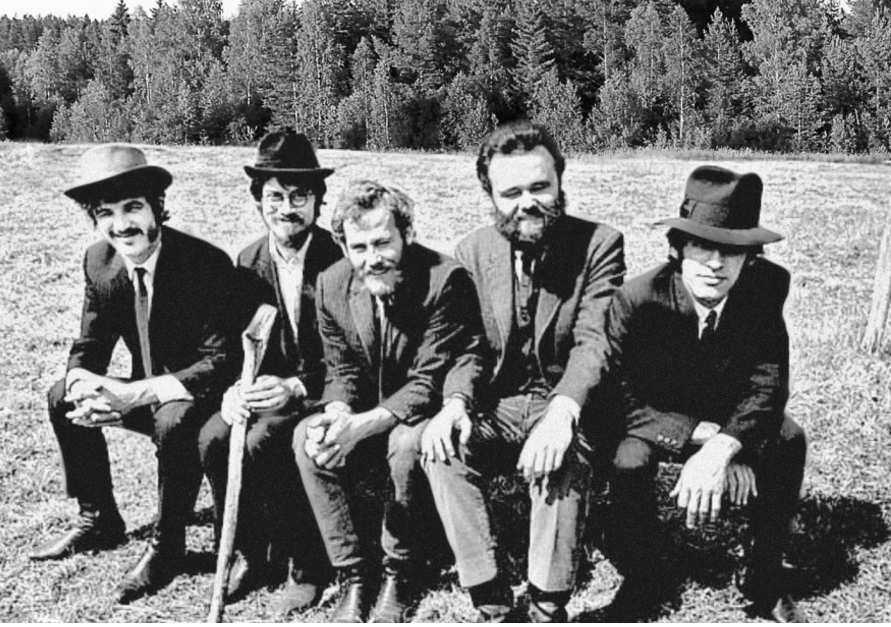 Roots-rock pioneers The Band have influenced generations of musicians and are widely regarded as one of the most important Canadian musical groups. In 2004, Rolling Stone named them one of the 100 greatest artists of all time.

The Band formed in Toronto in 1960 as the backup band for rockabilly star Ronnie Hawkins. Called the Hawks, they played in such historic Toronto venues as the Hawk’s Nest and the Brass Rail, and released several singles.

The group left Hawkins in 1966 and teamed up with Bob Dylan, touring the U.S., Australia and Europe together. They were the backing band for Dylan’s infamous 1966 concert at the Free Trade Hall in Manchester, where a hostile audience spurred them on to a raucous version of “Like a Rolling Stone.” During this period, guitarist Robbie Robertson also contributed to Dylan’s celebrated Blonde on Blonde LP.