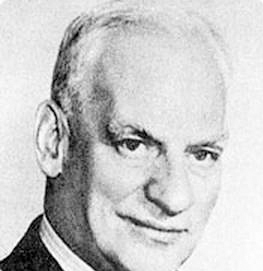 Emile Berliner, inventor of the “lateral cut” recording process and, later, the flat disc that replaced Edison’s cylinders, moved to Montreal at the turn of the century. Unable to prevent mass pirating of his creations in the US, he came to Canada to protect his patents here. As a result, Montreal became a world centre for recording and recording technology, a field that fascinated the young Hugh Joseph.

Born in Quebec City in 1896, Joseph served in the Royal Canadian Artillery during the First World War and came to study chemical engineering at McGill University. After graduating, he joined the Berliner Gramophone Company and started learning every aspect of the fast-growing business. He became a close friend and admirer of the Berliner family (Emile’s brother founded Deutsche Gramaphone in Germany) and remained so for life.

In 1922 he joined the Victor Talking Machine company as a chemist, but two years later he moved to the sales department. Joseph’s enthusiasm for recording was contagious and he was able to convince many local and international artists to record in Montreal. As an early talent scout, he was amazingly astute and his gentlemanly, dapper demeanour made him distinctive in the high-powered recording business.

He loved country music and signed Wilf Carter to RCA in 1933, and Hank Snow in 1936. In the ‘40s, he signed Canada’s premier performing band Mart Kenney and the Western Gentlemen, as well as popular French artists Alys Robi and Raoul Jobin. In the ‘50s, as head of the RCA Record Department, and later as Director of A&R, he signed Oscar Peterson and Maureen Forrester. He retired in May 1961.

A lifelong affair with recording and a keen understanding of all its aspects made Hugh Joseph an invaluable asset to the Canadian recording industry. Even into retirement, he could be seen by old friends in downtown Montreal checking the Billboard charts and following his favourite country and pop performers. A. Hugh Joseph passed away in August (1985) leaving behind an indelible mark on an industry he helped nurture.