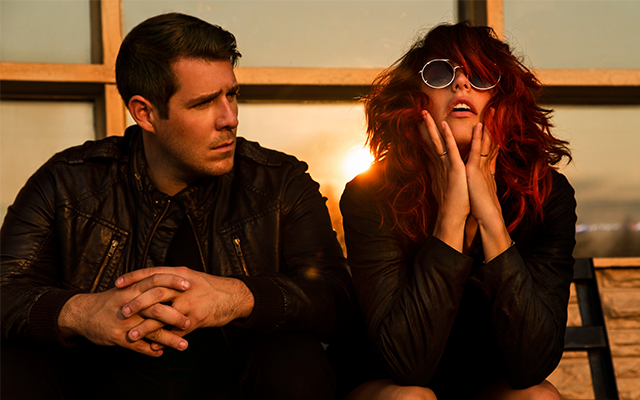 Breakthrough Group of the Year  2016

While bands often spend their early days discovering their musical directions and vying for visibility, the story of Vancouver’s Dear Rouge is something unique and almost unheard of in Canada. The band is led by husband and wife duo Drew and Danielle McTaggart. Between the two of them, they carry years of touring and recording with multiple bands and different musical ventures. It was these days of young exploration that led them to meeting. Both driven by a passion to create energetic music with a creative backbone, they formed Dear Rouge and their debut EP Heads Up Watch Out.

Their follow up EP, Kids Wanna Know, helped hone their alternative dance-rock sound and also led to the duo winning the Peak Performance Project in 2012, the largest artist development project in Canada. Bolstered by their success and now financially equipped to delve further into their music, Dear Rouge got straight to work on their first full-length record. The record’s lead single “I Heard I Had” is a driving synth-rock jam which shocked the entire Canadian music industry by steadily climbing the alternative and rock charts to the Top 5 – with no label or album backing it; a rare feat especially for a band that had no previous charting history.