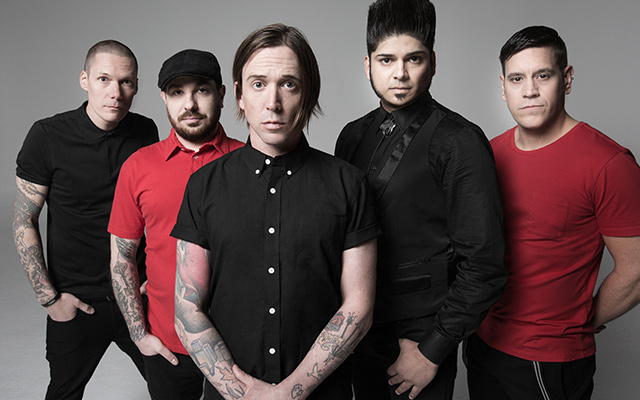 Afraid Of Heights, Billy Talent’s fifth studio album, is musically the band’s boldest statement to date. From the brawny groove of “Ghost Ship of Cannibal Rats” to the boundary-pushing synth-textured “Horses and Chariots”, to the slow-building epic “Rabbit Down the Hole,” the record is intense and pushes the limits of what Billy Talent really is.

Guitarist and main songwriter Ian D’Sa says: “There’s a lot of things on this record I’ve never tried before. It’s our most experimental record yet.” That experimentation doesn’t mean the band is cutting off its punk roots, though; the album serves to reaffirm rock-‘n’-roll’s power and potential at a time when the genre’s pop-cultural currency has diminished. No track better embodies this than “Louder Than the DJ,” which is not an anti-EDM rant as the title suggests (quips D’Sa: “Some of my friends are DJs!”). Singer Ben Kowalewicz says, “Rock music is what changed all of our lives. We need to nurture it and inspire the next generation of kids to pick up guitars, bass and drums—because hopefully the music will affect them the same way it affected us”.
Afraid of Heights gives them every reason to take the leap.