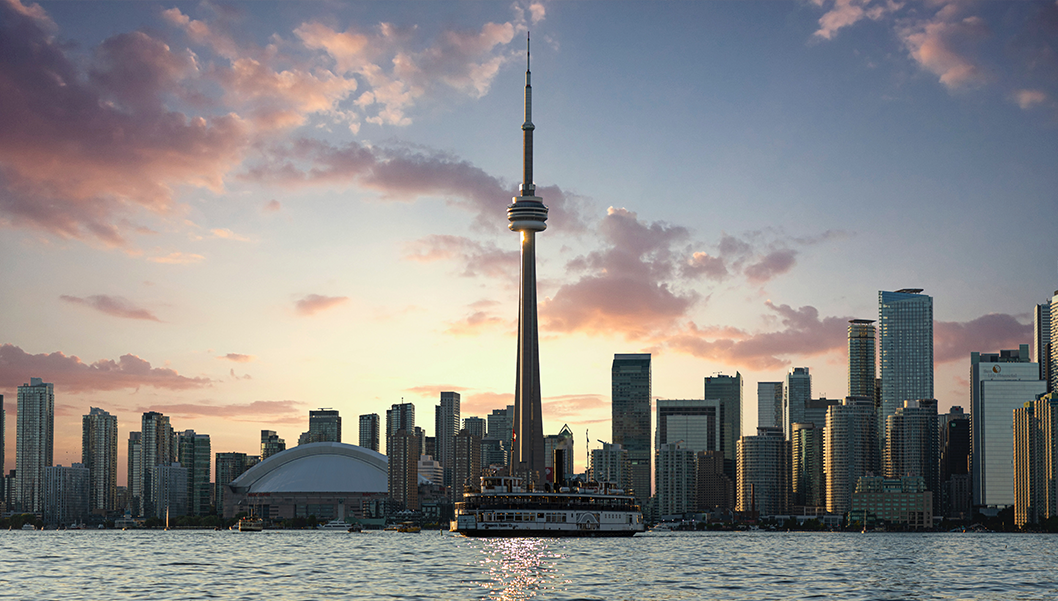 Melissa Vincent is a writer, editor, and curator based in Toronto. Her work has appeared in Pitchfork, Billboard, NPR Music, The Fader, Elle Canada, and The Globe and Mail. She has participated in panels at CMW, Pop Montreal, Venus Fest, and Megaphono. She is a Prism Prize juror, a member of the Between the Lines editorial committee. In 2019 she was selected to become the Polaris Prize jury foreperson and join their board of directors. 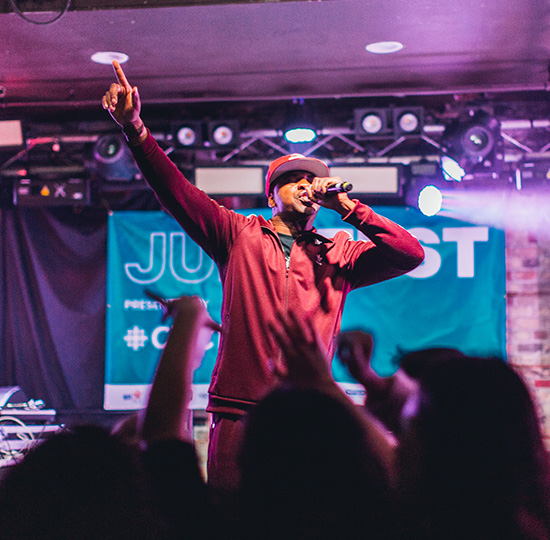 CORRECTION: This article, as it originally appeared in The 2021 JUNO Awards Souvenir Program, was misattributed to Nick Krewen. It was written by Melissa Vincent.

Tracing the rich musical journey of the 2021 JUNOS’ (and original) host city, Toronto

For an artist to introduce themselves as Toronto-based may conjure a handful of hyper-specific images to a casual listener: Perhaps it’s the cover of Drake’s 2016 album Views, where a heavily-shopped image of the rapper sitting perched atop the CN Tower was memed to oblivion; or maybe it’s the eye-level landscape of the city captured in This Movie is Broken, documenting Broken Social Scene’s legendary Harbourfront performance. Most recently, The Weeknd made history as the first solo Canadian artist to headline the Super Bowl halftime show and used the precious allotted time for his performance to spotlight some of his earliest work, much of which felt like a nod to longtime local fans. Toronto’s music ecosystem has become recognized as not only a bootcamp before global success, but a home to a distinctive style of artistic authenticity that’s far from accidental. Instead, it’s the product of several generations of artists remaking the cultural infrastructure of the city to serve the needs of an interconnected and ever-evolving music scene.

In the 1960s, the cobblestone streets of Toronto’s Yorkville neighborhood had the same cultural cache as New York’s Greenwich Village or the Haight-Ashbury district on the west coast. While most are familiar with its lore as a haven for 1960s counterculture, it’s a common misconception that Yorkville was the exclusive stomping ground for artists like Buffy Sainte-Marie, Gordon Lightfoot, and Joni Mitchell, who were fusing the lyrical richness of folk with the melodic gusto of rock. Instead, the geography spread further onto Avenue Road and Gerrard Street, an epicenter of ‘50s bohemia a decade prior.

Venues like Purple Onion, The Riverboat (mythologized by Neil Young on “Ambulance Blues”) and the Mynah Bird (also commemorated by Young as the name of his R&B supergroup with Rick James, The Mynah Birds) served as a landing site for artists to build their performing chops. The flurry of music emerging from venues and coffee houses gave birth to the “Toronto Sound” (think New Orleans-style percussion and electric bass with a heavy dose of soul) which was pioneered by artists like Little Caesar, Jack London and The Sparrows — which would dissolve to become Steppenwolf — and Jackie Shane, the famed Tennessee-born R&B artist who released her most renowned work, the hit single “Any Other Way,” while performing in Toronto.

By the time the 1980s rolled around channels like MTV and MuchMusic were pivotal to the emergence of punk and new wave picking up steam in the mainstream. Groups like Martha and the Muffins and The Parachute Club were blending the foundational elements of the genres rising to prominence with a homespun mix of the culture sonifying the city’s streets — the former inserting the sounds of the Carribean diaspora into their chart-topping anthem “Rise Up” and latter paying homage to the geography of the city with “Echo Beach.” Along Queen Street venues like The BamBoo, Rivoli, and the Horseshoe Tavern became home to a collision of art, music and culture, and when MuchMusic opened its iconic location on 299 Queen Street West, it solidified the downtown core as the epicenter of genre amorphous alternative music. Uptown, The Concert Hall was crucial to the rise of hip-hop’s first wave, and when American artists rolled through town, the presence of local artists like Maestro Fresh-Wes and Michie Mee was crucial for filling rooms. It was a symbiotic relationship and musical exchange that’s perhaps best captured on by the release of Breaking Atoms, the landmark rap album by the New York City/Toronto outfit Main Source which featured the first on-air appearance of Nas.

After the turn of a new millennium, Toronto had ample space for musicians to hone their skills at home before finding success stateside. A vibrant rave and party scene was able to flourish with the availability for affordable space, and in Kensington Market and the surrounding neighborhoods, became the backdrop for the city to flourish as a hotbed for top-tier guitar-led indie rock led by artists like Broken Social Scene and Death from Above 1979. A few years later, Fucked Up gained international recognition for championing the kind of hardcore scene that bled to let everyone in.

Today, the most renowned musicians from Toronto rarely require an introduction. The city’s rich musical landscape is known for its multitudes: generating international hitmakers who are unwilling to sacrifice their creative vision and boldly celebrate the intricacies of their heritage like Jessie Reyez and Mustafa the Poet. Effectively, it has challenged the myth of a single “Toronto Sound” to instead evolve into one that’s reflective of the city’s motto; of diversity as its strength.