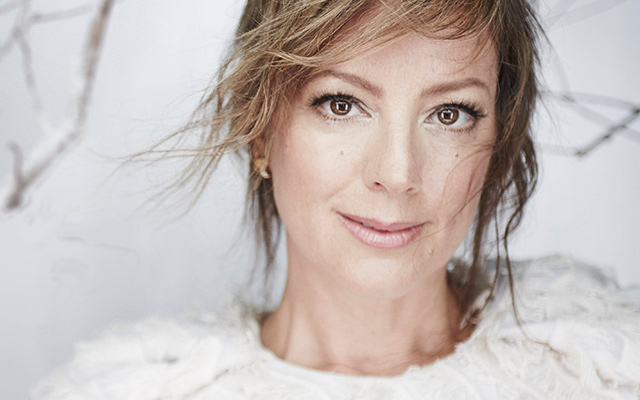 Sarah McLachlan’s tidal wave surfaced in 1997 with Surfacing — an album that sold over seven million copies in the U.S. and an extra million in Canada to qualify for Diamond status — and exploded with Lilith Fair, the groundbreaking festival of women performers that was a smash at the box office, raking in $65 million U.S. through 139 sell-out dates.

There was the trio of GRAMMYs, the most recent being awarded a few weeks ago for Best Pop Female Vocal Performance for “I Will Remember You” from Mirrorball, and the quartet of JUNOS a few years back. Throw in a successful international tour sandwiched in between Lilith Fairs, a best-selling cookbook and the recent Academy Award nomination for “When She Loved Me”, the Randy Newman ballad she sung for the film Toy Story 2.

All of that explains why Sarah McLachlan has become one of the major Canadian stars of all time. And that, in turn, is why the Canadian Academy of Recording Arts and Sciences is honouring her with the prestigious International Achievement Award.

Over 12 years and four phenomenally successful studio albums, Touch (1988), Solace (1991), Fumbling Towards Ecstacy (1994) and Surfacing (1997), the Halifax-born songwriter and singer has bloomed into a poetic song stylist with unparalleled vision — as well as an ambassador of creative integrity.

When first discovered by Terry McBride, CEO of the Vancouver-based Nettwerk label as singer of the alternative band October Game, Sarah — who had studied classical piano and guitar — was a diamond in the rough. Impressed by her “unique vocal sound,” it took a year for him to persuade her to relocate to the West Coast.

Since then, she has come into her own, as her career, supplemented by compilations and live albums The Freedom Sessions (1994), Rarities, B-Sides & Other Stuff (1996), and Mirrorball (1999), have sold a cumulative 20 million-plus copies around the globe.

“One of the great things that’s happened with Sarah is that her voice has taken on more of her personality as her career has moved forward. She’s really hit her stride, she’s learned to sing from within. And almost every song that she writes, they’re all little children that go on to grow.” says Terry McBride.

But the biggest compliment that McBride pays is the fact that Sarah McLachlan remains as genuine, friendly and earthy as day one. “She hasn’t changed,” says McBride. “She works hard. Nothing has been given to her. She’s worked for it all.” In the process, she’s earned our love and admiration.