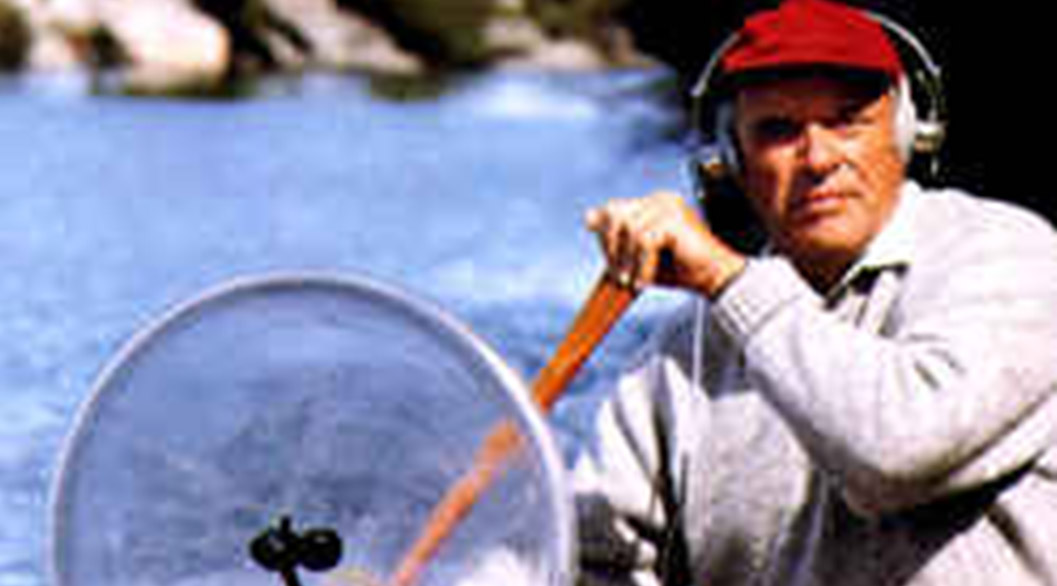 Dan Gibson is a pioneer of the environmental movement and of environmental music, founder of the internationally-heralded record label Solitudes and a visionary in the field of sound recording technology.

This past year, Solitudes celebrated its 15th anniversary, and Gibson celebrated 50 years of recording excellence.

Solitudes Ltd., founded “to present music in harmony with the sounds of nature for the purpose of creating both a beautiful listening experience and a greater appreciation for our environment,” has set the standard for environmental music since its formation in 1981. Over the past 15 years, 48 albums in the Solitudes series have been released with international sales now in excess of six million units. One million of those albums were sold worldwide in 1995 alone, and recently the album Harmony attained double platinum sales (200,000 records sold) status, and the album The Classics attained triple platinum sales (300,000 records sold) status. This brings the label’s tally of top sellers to one triple platinum, two double platinum, three platinum and nine gold albums in the series.

Gibson, a pioneer in the use of nature sounds in film and television, who possesses one of the world’s largest private digital nature sound libraries, was recording with digital equipment as early as 1983. His work in perfecting a microphone with characteristics vital to good nature sound recording led to a wider use of the technology. If you have been to a sporting event anywhere in the world, including National Football League, Canadian Football League or major league baseball games, you have likely seen the patented, black-handled Dan Gibson Parabolic Microphone.

Gibson, now 74, spent the early part of his career as a filmmaker and has won two Canadian Film Awards (Genies) for best film soundtracks. Notably, Gibson produced the 1975 feature film Wings in the Wilderness with (narrator) Lorne Greene and the ground-breaking TV nature series of the late ‘60s and early ‘70s, Audubon Wildlife Theatre. He was honored in 1994 with the Order of Canada for his life’s work in “filming and recording nature and for his role in creating public awareness of conservation, wildlife, and our natural heritage.”