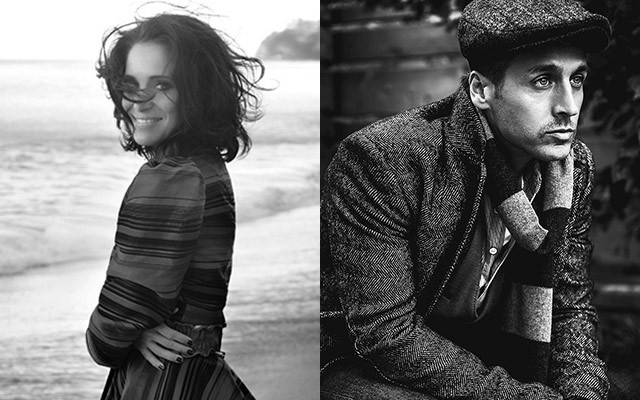 Kreviazuk and Maida exemplify the spirit of the Allan Waters Humanitarian Award through their devotion to philanthropy and humanitarian causes at home and abroad. Kreviazuk, a two-time JUNO Award winner and Maida — a four-time winner with Our Lady Peace — are one of Canada’s most influential cultural couples, sharing a passion and commitment that goes well beyond music. Ardent believers in social equality, they have been formidable advocates for the less fortunate — from mental health patients and aboriginal communities to war-torn societies.

Kreviazuk made her critically acclaimed full-length debut, Under These Rocks and Stones, in 1997. Since then, the Winnipeg born singer-songwriter has released five more studio albums, and garnered five JUNO Award nominations. Maida has forged a dynamic career as a solo artist and the front man for the band Our Lady Peace, 25-time JUNO Award nominees, including winners for Rock Album of the Year in 2003 (Gravity) and 1998 (Clumsy).

The pair have also co-written countless hits for artists such as Kelly Clarkson, David Cook and Carrie Underwood.

While Kreviazuk and Maida are quick to lend their time to the studio and stage, they are equally committed to lending their help to those in need — both in Canada and internationally. Kreviazuk’s an honourary founder of War Child Canada, one of the many organizations the married couple has embraced. They have visited Iraq, Ethiopia and the Congo on behalf of various causes, including women’s rights, war refugees and child education. Maida launched War Child’s Busking for Change program, in which Canadian musicians have raised money for children in the world’s most devastated regions, supporting initiatives such as the construction of schools in the Congo. Maida also took part in War Child’s assessment trip of Darfur, which laid the groundwork for the organization’s program in that region.

The couple has recorded contributions for multiple benefit albums for War Child. In 2010, Kreviazuk contributed the song “Na Miso” to the Enough Project (which seeks to end genocide and war crimes) and Downtown Records Raise Hope for Congo. Proceeds from the compilation helped fund women’s rights efforts in Congo, and promoted the cause of peace in that country.

Kreviazuk says being able to serve is the greatest gift and the most rewarding part of being an artist. Her work with NGO’s and charitable foundations has focused on causes close to her heart, including women’s rights, child poverty and education, aboriginal rights, addiction and mental illness. Kreviazuk and Maida were awarded the Allan Slaight Humanitarian Spirit Award at Canadian Music Week in 2012 for their community and charitable work.

The duo’s advocacy work spans a wide breadth of causes. Kreviazuk has worked to eliminate the stigma of mental illness alongside the Canadian Mental Health Association; joined forces with Polar Bears International to protect the species’ habitat and address the impact of climate change; fundraised in support of B.C.’s Baldy Hughes Therapeutic Community, which offers a groundbreaking model for men battling addiction; and has been an advocate and donor on behalf of The Opportunity Fund, created by Lloyd Axworthy, which raises education funding for disadvantaged kids. Maida has also been a voice for democratic participation, supporting Apathy is Boring, which encourages youth to take interest in their communities and participate in the political process. Other organizations and institutions the couple has worked with include The Hospital for Sick Children, The Children’s Hospital Winnipeg and Canuck House Vancouver (a palliative home for children and their families).