The iconic rock band and 11-time JUNO Award winners will hit the stage on the heels of their sixth studio album release, WE

Tickets to The 2022 JUNO Awards are on-sale now at ticketmaster.ca/junos

TORONTO – The Canadian Academy of Recording Arts and Sciences (CARAS) and CBC today announced a grand performance from Arcade Fire at The 2022 JUNO Awards Broadcast. The legendary rock band from Montreal return to the JUNO stage for the first time since their show-stopping performance at the 2018 awards. The band will elate audiences with an electric performance off their upcoming new album, WE, set for release May 6, 2022. The first in-person iteration of the show since 2019, this year’s event will be held at Budweiser Stage in Toronto, on Sunday, May 15 and broadcast and streamed live across Canada at 8 p.m. ET/5 p.m. PT on CBC TV, CBC Gem, CBC Radio One, CBC Music, CBC Listen, and globally at CBCMusic.ca/junos and CBC Music’s Facebook, YouTube and Twitter pages.

Tickets for The 2022 JUNO Awards start at $39.95 and are available for purchase at www.ticketmaster.ca/junos. 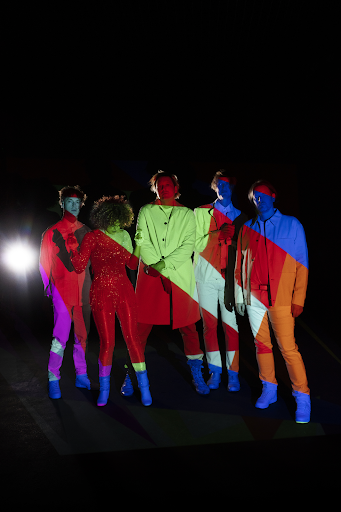 Emerging from Montreal in the early 2000s, Arcade Fire quickly earned a reputation as “the greatest live band in the world” (per the Daily Telegraph), while building a JUNO, Grammy and BRIT Award-winning discography. Their debut album Funeral, released in 2004, earned the group JUNO and Grammy nominations and was chosen by Rolling Stone as the Number 1 album of the ‘00s.

The band released four more critically and commercially acclaimed albums with accolades that include 11 JUNO Award wins, 27 nominations and a Grammy Award win for Album of the Year for The Suburbs. No strangers to the JUNOS stage, this will be the fourth time the group entertains audiences in celebration of Canada’s biggest night in music.

The 51st annual JUNO Awards and JUNO Week 2022 will be hosted in Toronto, ON  from May 9 through May 15, 2022, culminating in The JUNO Awards. Produced by Insight Productions (a Boat Rocker company), The 2022 JUNO Awards, hosted by Simu Liu, will make history on Sunday, May 15 as it broadcasts and streams for the first time from an outdoor venue at Budweiser Stage in Toronto, live across Canada at 8 p.m. ET/5 p.m. PT on CBC TV, CBC Gem, CBC Radio One, CBC Music, CBC Listen, and globally at CBCMusic.ca/junos.

In celebration of 2022 JUNO Week, the City of Toronto and MusiCounts joined forces to create MusiCounts Learn TRACK: Industry Insights, a series of free videos that provide emerging artists and music professionals with key information about how to get started in the industry.

Insight Productions known for its award-winning ratings juggernauts, is Canada’s most established content producer and an industry leader in the development, financing, and production of hit programming. Insight Senior Vice President Lindsay Cox serves as Executive Producer – alongside Insight’s Chairman, CEO, and Executive Producer John Brunton, on The 2022 JUNO Awards. The company has created some of the most dynamic and top-rated programs including Canada’s New Year’s Eve: Countdown, The Amazing Race Canada (the most watched Canadian show on record), ratings hits Big Brother Canada, Stronger Together/Tous Ensemble (the largest multi-platform broadcast and highest viewed non-sporting broadcast in Canadian television history) and The Tragically Hip: A National Celebration, a live concert special on CBC watched by one in three Canadians.  Insight has also worked in close collaboration with the National Centre for Truth and Reconciliation as executive producers on Every Child Matters: Reconciliation Through Education and National Day of Truth and Reconciliation. Insight Productions was founded in 1979 and has since created thousands of hours of ground-breaking content. For more information on Insight Productions, please visit www.insighttv.com or on Twitter @insightprod or Facebook www.facebook.com/InsightProductions.