Shawn Mendes to be honoured with the International Achievement Award at The 2022 JUNO Awards Broadcast in Toronto, live on CBC - The JUNO Awards
NEWS + PRESS MEDIA RELEASE

Shawn Mendes to be honoured with the International Achievement Award at The 2022 JUNO Awards Broadcast in Toronto, live on CBC

TORONTO — The Canadian Academy of Recording Arts and Sciences (CARAS) announced today that GRAMMY® nominated Canadian singer-songwriter and 11-time JUNO Award winner, Shawn Mendes, will be celebrated for his impact on music globally with the JUNO International Achievement Award. Mendes will make a special appearance to receive the distinguished decoration during next month’s show. The first in-person iteration of the awards since 2019, the event will be held at Budweiser Stage in Toronto, on Sunday, May 15 and broadcast and streamed live across Canada at 8 p.m. ET/5 p.m. PT on CBC TV, CBC Gem, CBC Radio One, CBC Music, CBC Listen, and globally at CBCMusic.ca/junos and CBC Music’s Facebook, YouTube and Twitter pages.

The JUNO International Achievement Award recognizes Canadian artists who have attained exemplary success on the world stage. The award looks to honour Canadian talent who have not only topped charts, but who have raised the profile of Canadian music around the world. With 26 total JUNO Award nominations, including four in 2022 (TikTok JUNO Fan Choice, Album of the Year Presented by Music Canada, Artist of the Year Presented by SiriusXM Canada and Pop Album of the Year), multiple GRAMMY® nominations and countless accolades across the industry and beyond, Mendes is receiving one of the highest distinctions presented by CARAS. As one of its youngest recipients, Mendes joins an incredible list of honourees including Arcade Fire, Bryan Adams, Celine Dion, Drake, Sarah McLachlan and Shania Twain. Throughout the 51-year history of The JUNO Awards, the International Achievement Award has only been given out eight times, most recently in 2018.

“Accepting this award will be a surreal moment,” said Mendes. “To be recognized for my work not only in Canada, but around the world, is a tremendous honour and I am humbled to join an outstanding group of artists who have helped put Canadian music on the map.”

“Shawn’s dedication and passion for his craft is truly inspiring,” said Allan Reid, President & CEO, CARAS/The JUNO Awards. “From his work as a singer-songwriter to the creation of The Shawn Mendes Foundation, he has demonstrated an incredible commitment to music and cultivating the next generation of creatives. We are grateful as Canadians to claim Shawn as our own and can’t wait to commemorate all of his achievements in-person at this year’s JUNO Awards.”

For almost a decade, Mendes has been capturing the hearts of fans across Canada, beginning with his 2013 hit “Stitches,” which went seven times platinum. In 2017, he went on to release his three-time platinum hit “There’s Nothing Holdin’ Me Back”, securing his second #1 single.  Since then, his career has continued to thrive far beyond Canadian borders, with his fourth studio album, Wonder, which was released in 2020 to rave reviews. Debuting at #1 in multiple global markets, including the Billboard 200 Chart, Wonder marks Mendes’ fourth consecutive #1 album. On top of that, he has released countless chart-topping hits and four #1 albums, achieved 62 billion global streams and 10 billion video views, and embarked on several world tours and Arena Shows including a 2019 hometown performance at Rogers Centre that sold-out in minutes. In 2019, he founded The Shawn Mendes Foundation, which provides grants and resources to amplify the voices, messages, and platforms of young leaders driving positive change.

Mendes will begin his global tour later this year with “Wonder: The World Tour”, kicking off in June in Portland (info and tour dates at http://www.wonderthetour.com). 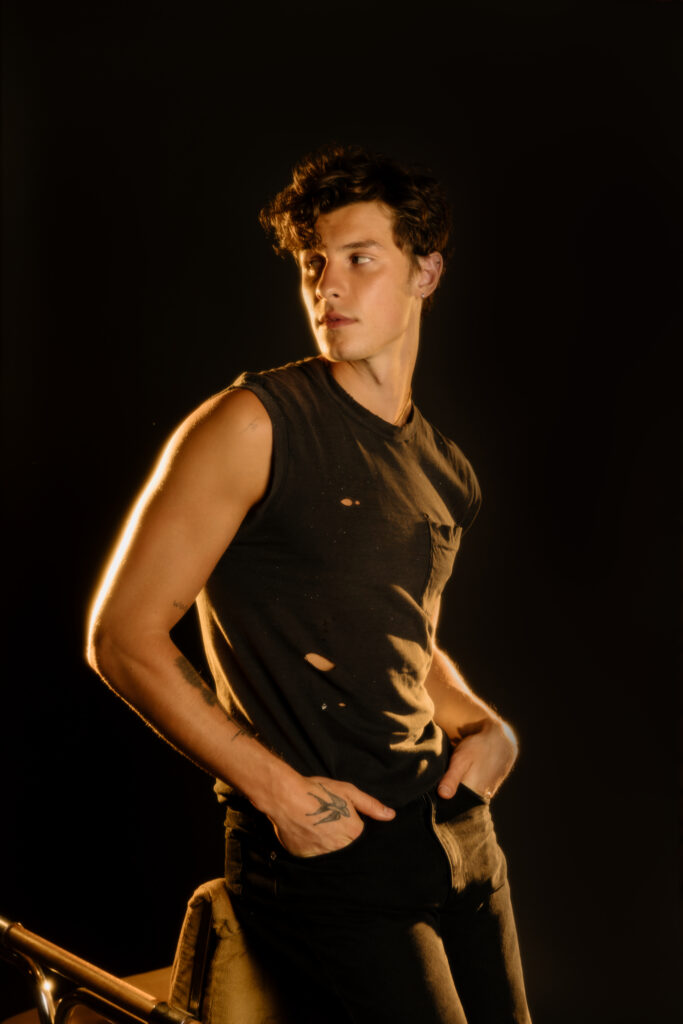 The 51st Annual JUNO Awards and JUNO Week 2022 will take place in Toronto, ON  from May 9 through May 15, 2022, culminating in The JUNO Awards. The 2022 JUNO Awards, produced by Insight Productions (a Boat Rocker company), will make history on Sunday, May 15 as it broadcasts and streams for the first time from an outdoor venue at Budweiser Stage in Toronto, live across Canada at 8 p.m. ET/5 p.m. PT on CBC TV, CBC Gem, CBC Radio One, CBC Music, CBC Listen, and globally at CBCMusic.ca/junos. Hosted by Simu Liu, performers include Arcade Fire, Arkells, Avril Lavigne, Charlotte Cardin, Deborah Cox, and Mustafa. Tickets start at $39.95 and are on-sale now at  ticketmaster.ca/junos

GRAMMY nominated Toronto born multi-platinum singer/songwriter Shawn Mendes released his highly anticipated 4th studio album, Wonder, in 2020 to rave reviews.  The album debuted as #1 on the Billboard 200 Chart and in multiple worldwide markets, marking Mendes’ fourth straight #1 album. In 2019 Mendes was nominated for a GRAMMY for “Best Pop Duo/Group Performance” for “Señorita,” his single with Camila Cabello. In 2018 he released his self-titled platinum album, which debuted at #1 on the Billboard 200 Chart as well as multiple worldwide markets. The album became one of the top best-selling album debuts of 2018 and made Shawn the third youngest solo artist to ever have three consecutive #1 albums. Mendes was nominated in two categories for the 61st annual GRAMMY® Awards, including “Song of the Year” for “In My Blood” and “Best Pop Vocal Album”.  The same year Mendes debuted his certified platinum single, “If I Can’t Have You,” at #1 on iTunes and #2 on the Billboard Hot 100 chart. With “Señorita” at #1 and “If I Can’t Have You” at #2, Shawn is the first male solo artist ever to simultaneously hold the #1 and #2 place on the Top 40 chart. Most recently, Mendes released his track, “When You’re Gone.” In December of 2021, he released his song, “It’ll Be Okay,” which currently has over 265 million streams. On his last world tour, he sold out his first ever stadium show in minutes at Rogers Centre in his hometown of Toronto. The tour began in March 2019, with over 100 dates across the UK, Europe, North America, Latin America, Asia and Australia/New Zealand.

In April 2017, Mendes released his 3x platinum hit “There’s Nothing Holdin’ Me Back.” The track scored Mendes his second #1 single at Top 40 radio and on Billboard’s Pop Songs chart, joining his 7x platinum single “Stitches.”  Mendes has over 62 billion global streams and 10 billion video views. He topped Billboard’s “21 Under 21” in 2017 and 2018 and has been featured on Forbes “30 Under 30,” Spotify’s “25 Under 25,” and Time Magazine’s “Time 100 Most Influential”. In 2018, ROI Influencer Media recognized Mendes as the #1 Most Influential Artist and #1 Most Influential Teen across all social media platforms.

In 2019 Mendes launched The Shawn Mendes Foundation, which seeks to inspire Shawn’s audience, the youth generation of today—to learn about those causes that they are passionate about, and help empower them to use the voice they have to bring change to the world by taking action & giving back. As part of its ongoing mission, the Foundation provides resources and support to amplify the voices, messages, and platforms of young leaders driving positive change.