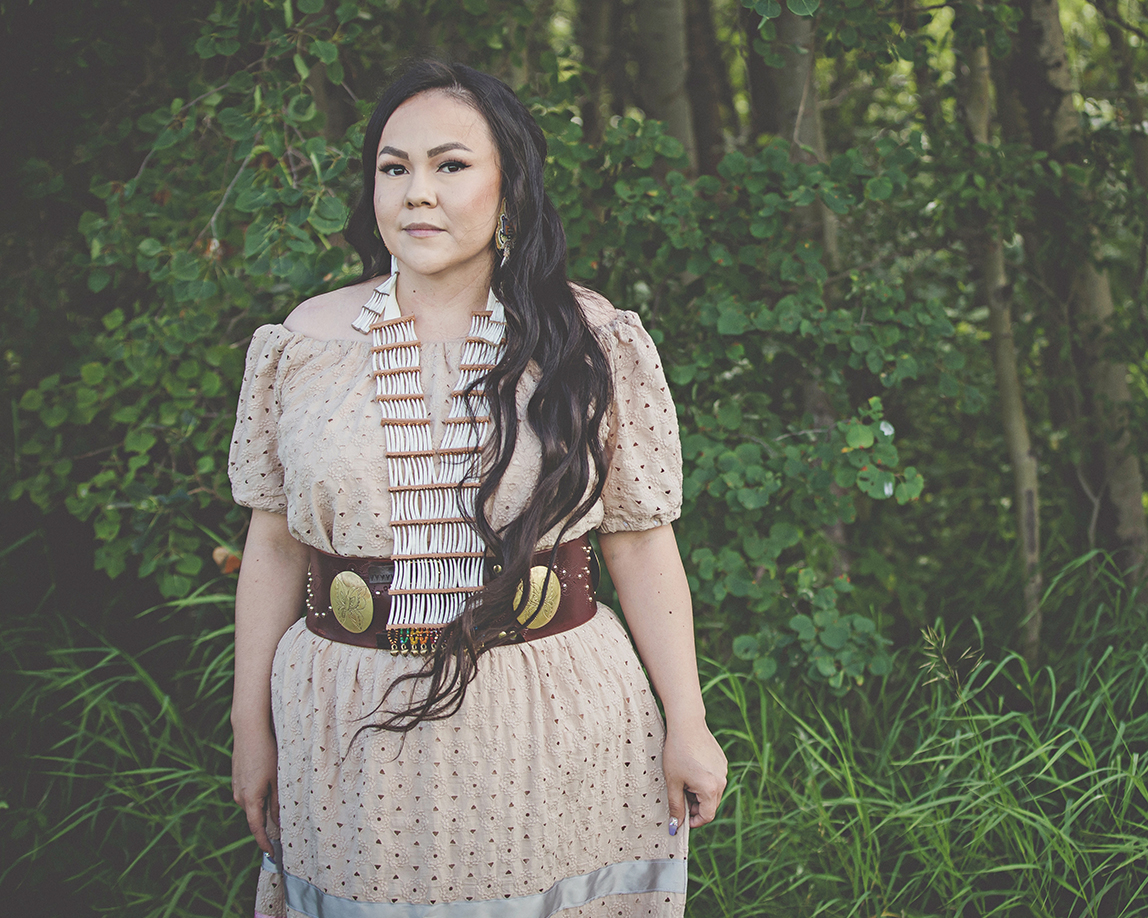 Traditional Indigenous Artist or Group of the Year  2022

Fawn Wood was born in Cree Round Dance season on an icy October evening. Through her father, Earl Wood of Saddle Lake, Alberta, she inherited the Round Dance and Pow-Wow singing traditions of his Plains Cree forefathers. Through her mother Cindy Jim-Wood she inherited the traditions and Salish chants of the Whonnock and Stlatlimx peoples. Along with her husband, well-known Cree singer Dallas Waskahat, Fawn opened up the televised broadcast of Manito Ahbee’s 2010 Aboriginal Peoples Choice Music Awards.

Her most groundbreaking work yet, kakike was released via Buffalo Jump Records in spring 2021.

Traditional Indigenous Artist or Group of the Year