After co-writing what is known as Arden’s most personal and poignant album to date, These Are the Days, to be released in March 2018, the pair will reunite as co-hosts of the JUNO Songwriters’ Circle.

Presented by SOCAN (The Society of Composers, Authors and Music Publishers) JUNO Songwriters’ Circle is an intimate and interactive event, benefiting MusiCounts. Considered the “Jewel of JUNO Week,” JUNO Songwriters’ Circle showcases some of Canada’s most talented songwriters, performing their original songs and sharing the stories behind them. Arden and Rock will be joined on stage by 2018 JUNO Award nominees who will be announced in February 2018.

“JUNO Songwriters’ Circle is a truly inspiring event that demonstrates the passion and inspiration of songwriting. These artists truly open themselves up to their audience showcasing their vulnerability and raw emotion,” said Arden. “ I feel so fortunate to be a part of an event that not only offers audiences unfiltered access to artists but also benefits Canadian youth through MusiCounts.”

“I’m honoured to be co-hosting the JUNO Songwriters’ Circle with Jann in Vancouver. This one of a kind showcase offers an in-depth look at the inspiration and power of story-telling that come with songwriting,” said Rock. “It brings me great pleasure to support MusiCounts and the work they do for school music programs across the country.”

Raina Douris will emcee this year’s JUNO Songwriters’ Circle, which will be rebroadcast on CBC Music. For more information and details on the CBC Music ticket presale, please visit CBCMusic.ca/junos. 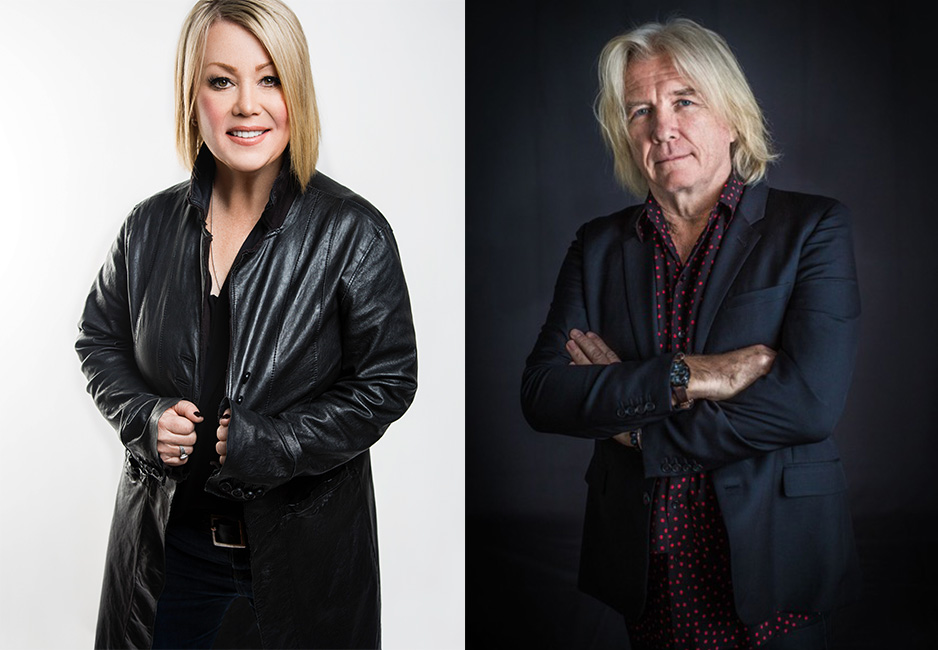 Premier Partners of the 2018 JUNO Awards: CARAS acknowledges the financial support of FACTOR, the Government of Canada and of Canada’s Private Radio Broadcasters, the Province of British Columbia, Creative BC, the City of Vancouver and TD Bank Group.

Jann Arden is a Canadian born, singer, songwriter, broadcaster and author.  The much-celebrated multi-platinum award-winning artist catapulted onto the Canadian music scene in 1993 with the release of her debut album “Time For Mercy”. Over the course of her career, Arden has released 14 albums with 19 top ten singles. In November 2017, Arden released the Canadian bestseller “Feeding My Mother – Comfort and Laughter in the Kitchen as My Mom Lives with Memory Loss” (Penguin Random House Canada). Over the course of her career, Arden received 8 JUNO Awards including Female Artist of the Year and Songwriter of the Year (2001, 2002).  Arden is also the recipient of 10 SOCAN Awards, 4 Western Canadian Music Awards, a Much Music Video Award, 3 Prairie Music Awards and an Alberta Recording Industry Association Award.

Arden is the proud recipient of a star on Canada’s Walk of Fame; she has been inducted into the Canadian Association of Broadcasters Hall of Fame and received the Vantage Women of Originality Award.  In 2012 she was awarded the Queen’s Diamond Jubilee Medal and in 2013 was inducted into the Western Canadian Music Alliance Hall of Fame.

Bob Rock’s start in the music business came in the late seventies as a guitar player and songwriter in the multi-JUNO Award-winning Canadian band The Payola$. In his spare time, Bob would spend his time in the studio learning the craft of recording engineering.  Rock started as a runner and assistant engineer and volunteered his services whenever possible. Before long Rock was engineering and mixing projects alongside the late Bruce Fairbairn.  The pair were responsible for numerous hit albums in the early 1980’s by the likes of Loverboy, Bon Jovi and Aerosmith.

Bob produced the platinum-selling Sonic Temple album by The Cult and then the biggest selling Motley Crue album, Dr. Feelgood, entering the Billboard Top 100 at # 1. The album sold more than 6 million copies in America. Metallica heard these albums and liked the production which sparked a long-standing relationship between Rock and Metallica, that collaboration brought such titles as the “Black” album, S. & M. and Load (totaling sales of over 46 million units).The Black Album remains on the Billboard Charts 26 years later.

Rock has produced a variety of material for Michael Bublé, Jann Arden, Van Morrison, Cher, Ron Sexsmith and Sarah McLachlan and recently delivered the newest release from Alan Doyle entitled A Week At The Warehouse.

SOCAN connects more than four-million music creators worldwide and more than a quarter-million businesses and individuals in Canada. Nearly 150,000 songwriters, composers and music publishers are its direct members, and more than 130,000 organizations are Licensed To Play music across Canada. With a concerted use of progressive technology and a commitment to lead the global transformation of music rights, with wholly-owned companies Audiam and MediaNet, SOCAN is dedicated to upholding the fundamental truths that music has value and music creators and publishers deserve fair compensation for their work.

The Canadian Academy of Recording Arts and Sciences/L’académie canadienne des arts et des sciences de l’enregistrement (CARAS) is a not-for-profit organization created to preserve and enhance the Canadian music industry and to contribute toward higher artistic and industry standards. The main focus of CARAS is the exploration and development of ongoing opportunities to showcase and promote Canadian artists and music through vehicles such as The JUNO Awards, MusiCounts, the Canadian Music Hall of Fame and other year-round initiatives. For more information on the 47th Annual JUNO Awards or The Canadian Academy of Recording Arts and Sciences (CARAS), please visit www.junoawards.ca.

MusiCounts, Canada’s music education charity associated with CARAS and the JUNO Awards, is keeping music alive across Canada by putting musical instruments into the hands of children that need them most. MusiCounts’ mission is to ensure that children and youth in Canada have access to music programs through their schools and communities. MusiCounts celebrates musical excellence and achieves its mission through its Band Aid Program, the MusiCounts TD Community Music Program, the MusiCounts Teacher of the Year Award, Scholarships and other music education initiatives. MusiCounts is funded by many of Canada’s most dedicated individuals, events, and corporate citizens.

CBC Music is Canada’s free digital music service connecting Canadians with the very best in Canadian and international music across all genres. Easy to navigate and available on your smartphone or tablet, CBC Music gives music fans access to over 100 online music streams plus content from the most knowledgeable music personalities and programmers from across the country. www.cbcmusic.ca

For more information on the JUNO Awards or interview requests, please contact: